Discarding his dog collar for shiny gold tights, a little black dress, pink high heels, a pink necklace and a long black wig, the Reverend Martin Wray received a warm welcome at the charity event near his church in South Shields, Tyneside. But the reaction when his picture was published in a local newspaper was less enthusiastic, and some parishioners complained to his superiors that he had brought the church into disrepute. Now, after bitter accusations that elements of the Rev Wray's congregation were being "homophobic", the 59-year-old has quit. 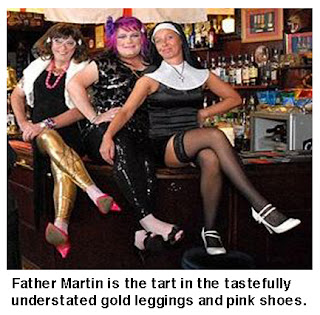 The vicar, 59, had revealed his homosexuality to his flock when he announced that he was entering a civil partnership at their local registry office last May. The ceremony came three years after the father-of-one's wife Carole died after a prolonged illness.

Janet Bridges, Rev. Wray's sister, said: "My brother has been subjected to a witch-hunt for being gay. When he announced to his congregation at a service one Sunday that he was getting a civil partnership everyone stood up and applauded. But a lot of people in that church are elderly and very old-fashioned. When his picture appeared in the paper dressed like that some people used it as an excuse because they didn't like the fact he is gay. He started receiving threatening abuse. Martin played me one message left on his phone which threatened violence against him and called him a pervert."

One correspondent to a local paper described Father Martin as "honest, kind and caring". Supporters said he had been "penalised for having a sense of humour" and labelled his critics "hypocrites", while one comment on an internet discussion forum said: "Keep up the good work Martin, and ignore those stupid people intent on causing you grief."

Stuart Bain, the archdeacon of Sunderland, said Rev. Wray had not brought his parish into disrepute and said both he and the Bishop of Jarrow, the Rt Rev. Bryant, had offered him pastoral support and advice but denied homophobia had lain behind the controversy.

"We have not found this to be the case and it is something that the congregation would vehemently refute. They have been deeply hurt by this accusation," he said.

COMMENT: It is that last quote from the archdeacon that disappoints me most. It is a particularly nasty and regular habit of diocesan hierarchies to not only defend haters in church congregations but to claim that those who lead hate campaigns against priests have been "deeply hurt" by the victim of their unchristian behaviour. I have experienced such ecclesiastic pragmatism myself and the sense of betrayal caused me far more emotional suffering than anything the actual hate campaign threw at me. I honestly still lie awake at night trying to work out why those in the Church who had responsibility for my pastoral care could be so cynical and uncaring towards me. But then I was incredibly naive. Until I became a priest in the Church of England I had this silly belief that telling the truth was more important than how much money was placed in the collection plate on a Sunday morning. 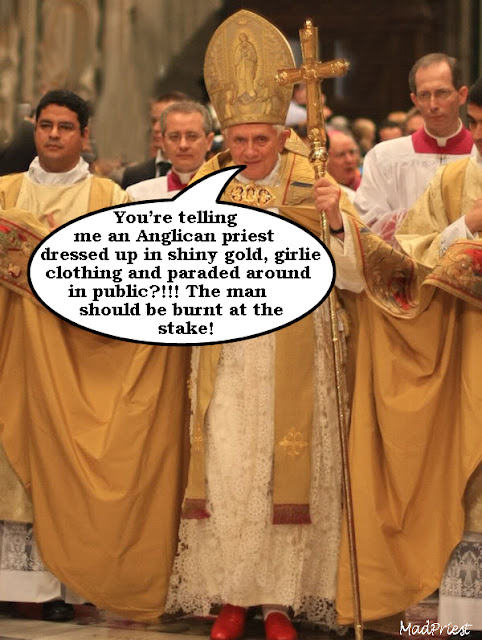