Vice Premier Silvan Shalom warned Wednesday that Israel may have to consider launching a fresh military offensive against the Hamas-ruled Gaza Strip, following days of rocket and mortar shell fire on the western Negev.

Islamic Jihad, a smaller Gaza faction and occasional Hamas ally, claimed responsibility for the two attacks on Be'er Sheva and one on Ashdod. The attacks followed a surge of shelling between Israel and Hamas that killed four Palestinian civilians and five militants on Tuesday. 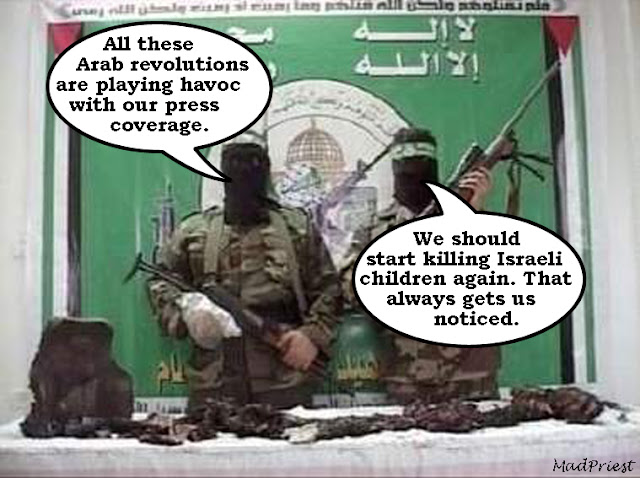 I've known for a couple of months now that I needed surgery. At my last visit with my regular doctor I asked him to look inside my left ear. There was a funny bump there, but since I could only feel it but not see it, I hadn't really thought much about it. He only said..."Hmmm. That's something." It turns out that it was a basal cell carcinoma, and I went in yesterday for the surgery to remove it. It was difficult to get at, and the tumor was a little larger (deeper) than originally thought.

The upshot of the whole thing is that since they removed a somewhat large area (about a quarter's size in area) they decided it was best to graft skin, from behind the ear, onto the area of the surgery, to protect the area and the ear canal itself. Well...

Two hours and about 80 stiches later, I emerged from the office with a huge bandage on my ear and left side of my head. Even with my ear numbed, I ached, I was really tired, and I knew the numbness in my ear was going to wear off soon. So now I'm at home, ON MY DAY OFF, looking like a dork with this bandage, and feeling the pain welling up again.

Please pray for our good friend, Dah-veed. He has to do some travelling and in Mexico that is rarely straightforward or even safe.

From Mike in Texas:

My lateness can be blamed on a medical situation which has required a lot of investigation. I've been poked, scoped, sampled, CAT scanned, and all sorts of other unpleasant and time-consuming things. I'm not finished yet, but near the end of it all. So far it looks like the several different really bad possibilities have been ruled out, and it is most likely that my symptoms are a complication of acute diverticulitis. Those symptoms have cleared up over the last 2 weeks, so I'm feeling quite well. The last question is whether or not a surgery will be required. At this point, chances of that seem to be diminishing.

Thanksgiving for my making it through my hearing this morning. It was touch and go but I came through with the support of the mighty prayer warriors of OCICBW....