The Rev. Jay R. Lawlor resigned Wednesday as pastor at St. Luke's Episcopal Church, three days after an elderly parishioner filed a police report accused him of assault, according to a letter received today by church members.

The letter from Bishop Robert Gepert, who heads the Episcopal Diocese of Western Michigan, said the church is launching its own investigation into the incident, which allegedly involved Lawlor shoving Marcia Morrison, 76.

Lawlor told police that Morrison bumped into him and said that witnesses were "lying" that he shoved her.

Morrison was not injured, but told police she was emotionally traumatized.

COMMENT: Somehow I doubt that she is the sort of old lady to be traumatised easily. 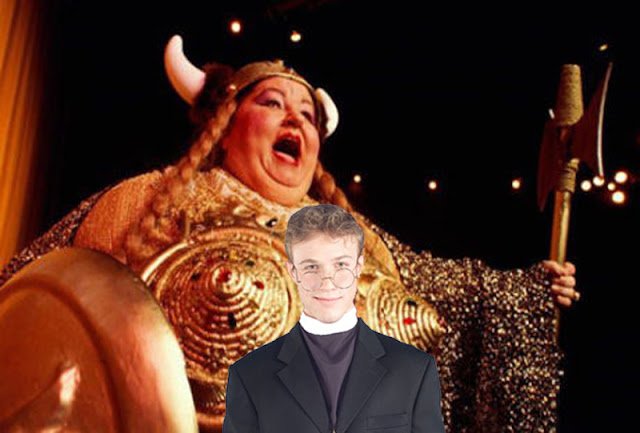