Heinrich and Irene Wiens were fined 2,340 euros after withdrawing four of their children from sex education classes in 2006 because they felt the content of the lessons went against their Christian beliefs. When they refused to pay the fine on moral and legal grounds, they were sentenced to 43 days in jail. Mr Wiens already served his term last year, while Mrs Wiens has just begun her sentence.

The Alliance Defense Fund argues that the German state has acted unlawfully in imprisoning and fining the Wiens. It is seeking an intervention by the European Court of Human Rights to secure Mrs Wiens’ immediate release from prison. ADF legal counsel, said: “Parents, not the government, are the ones ultimately responsible for making educational choices for their children, and jailing them for standing on this universal right is simply unconscionable."

COMMENT: Ah, but is it a universal right? If this family lived on their own on a desert island then, yes, all choices concerning their children's education would be theirs. But they don't. They live in Germany with millions of other people and Germany has a welfare state. If the Wiens' children get themselves or somebody else pregnant unintentionally because they did not learn the facts of life when they were young then their fellow Germans will pay out hundreds of thousands of euros over the years so that the accidental progeny will not suffer for its parents' lack of education. This money will come out of the taxes of German people who attended sex education classes and, hopefully, have mated responsibly. Therefore, they could claim it is their right to insist on reducing the possibility of having to support an unplanned pregnancy and its life long consequences by making sex education compulsory for all. Governments reduce the possibility of having to pay out money from the communal purse all the while. Compulsory seat belts, taxes on tobacco, bans against underage drinking etc. none of which can be overruled by parental choice or appeals to individual freedom.

Parents cannot opt out of the welfare provision of the state in Europe. The Wiens can't make a deal whereby they agree to pay for any costs incurred should their kids bring a kid into the world before they can afford to support it, because no European society could countenance the idea of turning its back on a child if the Wiens reneged on their promise.

What do you think? 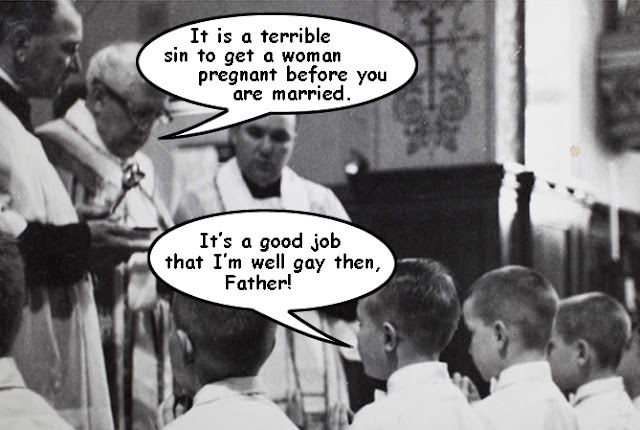