Defense Minister Barak said Israel might request an additional $20 billion in military assistance from the United States in order to prepare for possible threats, given the recent unrest in the Middle East.

$20? A nation could start to build a free health service for less!

We pray for an end to the arms races of the world that do more to cause wars rather than prevent them and for the spending of all the money saved on relieving the suffering of the poor, which would do more to prevent wars than anything else possibly could.

U.S. Secretary of Defense Robert Gates has revealed that American soldiers would remain in Afghanistan, despite a planned troop withdrawal in 2014.

From THE BBC (Asia-Pacific):

Chinese officials have announced travel restrictions to Tibet ahead of the third anniversary of riots there.

We pray for the people of Tibet; for an end to the systematic rape of their culture and national identity by the Chinese and for their independence. If South Sudan can get the backing of the international community in their bid for self-government then so should Tibet, whatever the financial consequences of such support.

Any last vestiges of doubt that President Barack Obama had abandoned entirely on his election pledge to close down Guantanamo Bay evaporated last night as he gave the green light for military trials there to resume and laid down the rules for holding some of the detainees inside the camp indefinitely.

Incarceration without a speedy and fair trial is an evil recognised by all civilised people. We pray for an end to all the governemnt backed judicial evils in our world.

A car bomb exploded at a gas station in a city in central Pakistan on Tuesday, killing at least 20 people and leaving more than a 100 wounded. Aftab Cheema, the police chief of Faisalabad, confirmed the explosion was caused by a car bomb, but denied that the blast was triggered by a suicide bomber. There was no immediate claim of responsibility. 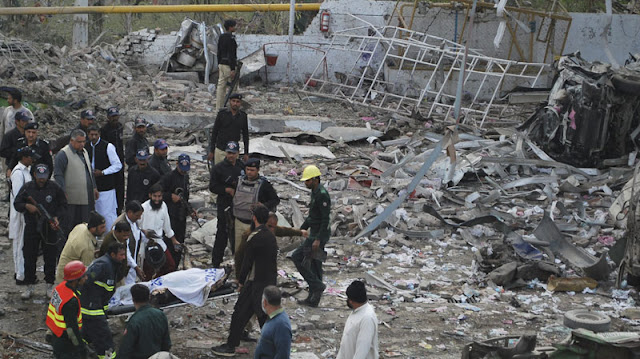 Egyptian activists called for a Million Woman March on Tuesday, demanding "fair and equal opportunity for all Egyptian citizens -- beyond gender, religion or class."

"We are not after minority rights. We are not after symbolic political representation. The bodies of women, so often used as ideological battlegrounds, have withstood all kinds of police violence, from tear gas to live bullets. The real battleground did not differentiate between women and men," they said in a statement on Facebook.

We pray for the success of this movement and all other calls for non-discrimination in Egypt. Only if Egypt's future constitution is based on such universal equality will the struggles and sacrifices of so many be truly worthwhile.

Government warplanes taunted rebels with flyovers and repeatedly bombed their positions near the coastal city of Ras Lanuf's oil refinery on Monday and Tuesday, seeking to drive the opposition forces back farther to the east, as Libya continued what appeared to be a slide into civil war.

The recent calls for Gaddafi to be tried at the The Hague means that his only option is to fight until the bitter end. We pray for a very speedy and just ending of this conflict.

Posted by KELLOGSVILLE on her blog:

Every year I swear something will be different by the following New Year, I always swear I will have a new baby, my baby, the one I have been waiting for for 12 years.

Well here we are 1st quarter nearly done and it's not going to happen is it. The plumbers have been in (for some time!) and they moved a lot of baby car seats, prams, high chairs, bags of baby clothes...all the things I hang onto, waiting, waiting for that special day. I think it's time to get rid of them. I have to come to terms with the fact that it isn't going to happen and to be happy with my lot. It is a very special and beautiful lot that I have but it would have been so good to have had one more chance to cuddle one of these.

So my New Years plan is likely to fail again.

There is a pain inside.