From THIS IS SOUTH DEVON:

A Church of England vicar has defected to the Catholic church in an emotional speech to his Torquay flock yesterday. Father David Lashbrooke, who has been attached to the Parish Church of St Marychurch for almost nine years, fought back tears as he broke the news to his congregation.

He said he had wrestled with the changes brought to the Church of England and his decision to leave was 'God's calling'.

He told the congregation he regretted not being able to announce his intentions to defect earlier, but he would have been forced to cease public ministry in obedience to The Bishop of Exeter.

He said he felt the General Synod had made decisions which were not within its power to make.

He commented: "Like other parts of the Anglican communion, the Synod is paying scant regard to scripture and tradition and is consequently making decisions that both the Catholic and Orthodox church regard as moving the prospect of visible unity further and further away.

"I believe the Synod is trying to make the church conform to culture rather than being faithful to new life found in Jesus Christ." (see "Religiously Not Christian" below - it doesn't only apply to evangelicals) 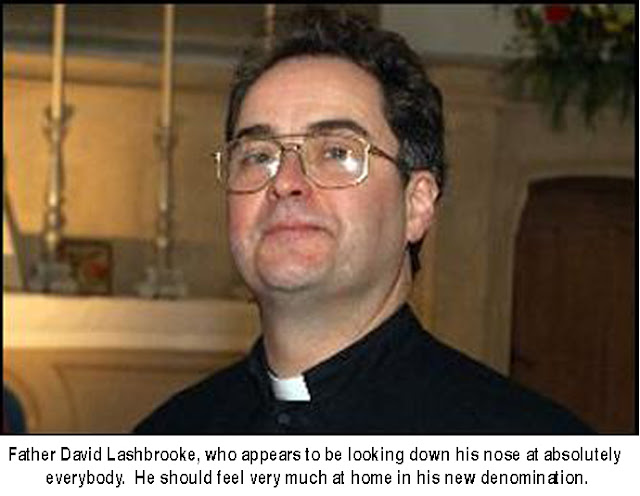