The British Humanist Atheist Association is gearing up for a major advertising campaign calling upon cultural Christians to tick ‘no religion’ in the forthcoming census. From next week, the BHA will be running posters on buses and trains telling the non-religious: “If you’re not religious then for God’s sake say so.”

The 2001 census was the first to ask British people ‘What is your religion?’, although answering was voluntary. Seventy-two per cent of the population in England answered the question by identifying themselves as Christians. The BHA is critical of the question, arguing that it encourages people to identify themselves with a religion even though they may not be practising believers, thereby distorting the numbers who are genuine followers of a particular faith.

Everything this group does is negative. Don't do this, don't do that. They're worse than the Roman Catholics and Fundie Protestants put together.

And they're so bloody arrogant. An arrogance that makes them incapable of considering the fact that those people who, by their definition, are not "practicing" Christians could still believe in something divine.

Basically they are coming from the exact same mindset as those in the Church who want to stop same sex couples having a good time. They really do belong with the "Stop this sort of thing!" crowd. Above all, they give atheists a bad name as they perpetuate the image that atheists are puritanical, dictatorial and lacking any sort of creative imagination. I'd suggest they get a life, but they would more than likely not know what to do with one. 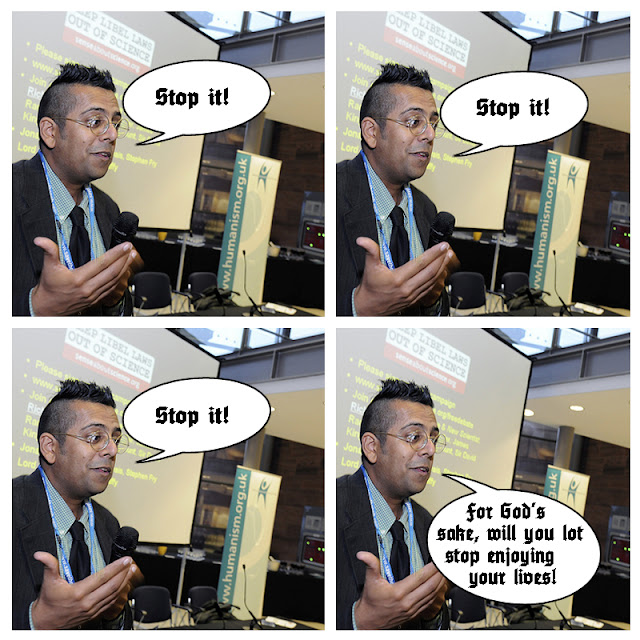