From THE MIAMI HERALD: 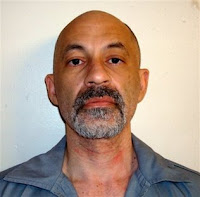 Martin (Marty) Link died by injection at 12:15 a.m. Wednesday at the Missouri state prison in Bonne Terre. It was the first execution in Missouri since May 2009 and just the second since 2006. Link's fate was sealed when Gov. Jay Nixon on Monday denied clemency and the courts on Tuesday refused to halt the execution.

We pray for our friend, Jane R, who corresponded with Marty up until just before his execution (see yesterday's Prayer List). We pray for Marty's defence team. We pray for those made less human by their part in his execution. We pray that Marty's claim that he was at peace with God is made real by God. We pray for all who suffered due to Marty's crimes, that they too may find some peace of mind. We pray for an end to judicial killing as God "desireth not the death of a sinner, but rather that he may turn from his wickedness and live."

People in Sri Lanka are going hungry as a fresh wave of floods has hit the east, centre and north of the island. Some 320,000 people have been forced to take refuge in makeshift camps in schools, temples and mosques. The floods have affected 1.25 million people. Officials say 11 people have been killed and three more are missing. 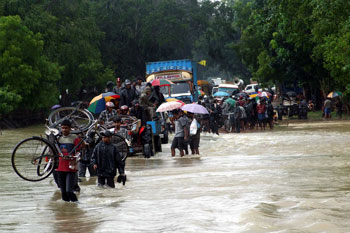 From THE XINHUA NEWS AGENCY:

At least two people were killed and 19 others injured, including a police chief, in the triple car bombings in Iraq's northern city of Kirkuk on Wednesday morning. The coordinated car bomb attacks took place successively when two booby-trapped car struck police patrols in the city, some 250 km north of Baghdad, and a third hit a base of the local Kurdish security force in Kirkuk's southern neighborhood of al-Wasitti.