Authorities in Turkey are investigating after 17 people were killed in two separate explosions in the capital. The blasts shook the same industrial area of Ankara hours apart yesterday. A possible malfunctioning of an oxygen tank is believed to have caused the first explosion, which partly collapsed two storeys of a factory. Rescue workers have so far pulled seven bodies from the rubble. The second blast sparked a huge blaze which engulfed several workshops and raged throughout the night. Ten bodies have been recovered so far. 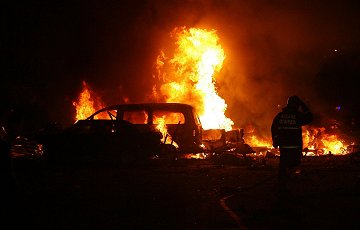 The following have been murdered in the New Orleans metro area this week:

From an Australian friend of Ann Fontaine:

Some of the images I have seen on TV tonight are shocking. Tully and Mission Beach look as though they've been hit by a nuclear bomb - almost completely flattened. Trees are just sticks - if not broken in two or knocked over, then stripped of all leaves. Power is out through parts of the North coast, and in some cases will be for weeks. All cities have had some damage, though some dodged the bullet to some extent. Townsville was threatened with running out of water tonight, but I think they will have an eleventh hour repair that might save them.

Sugar cane and banana crops are completely ruined. This area produces 90% of Australia's bananas. The pity is that they had another major cyclone in 2006 which similarly flattened their crops - now it has happened to them again.

There's been more heavy rain behind Yasi, and risks of flash flooding up and down the coast. Now the beast is nearly at Mt Isa, almost 900 km inland, and still a cyclone - amazing. It will turn into a rain depression and go down through the centre. They are even predicting more flooding for Victoria out of this lot - remarkable.

I ask your prayers:

At my father's request (more importantly, w/ his $$$), I have applied for health insurance.

I haven't been able to afford it for 5 years . . . and I'm afraid that fact (in itself) may be held against me---to say nothing of my "pre-existing conditions" (although, w/ the passage of the new law, those aren't SUPPOSED to count against me anymore. Y'know, the law that GOP "activist judge" just ruled unconstitutional >:-0).

At any rate (!), I've applied. Here's my limbo notification:

Please pray I'm accepted? And that the rates don't send BOTH my dad and me to the homeless camp?

From her husband, Mike:

How quickly things can change & change again. Yesterday was good, but at about 3:30 a.m. Aileen stopped breathing due to a "mucus plug" that blocked her airway. Thankfully, the nurse was on the ball enough to call a code on her and they were able to suction out her lungs, get it clear, and she was breathing again fairly quickly. She doesnt seem to have suffered any further permanent damage, but it was a horrible call to receive for sure.

Aileen has bounced back incredibly well from what we are going to just call a "speed bump". Today when visiting her, as I was leaving to pick up the boys from school I leaned over to kiss her goodbye and she kissed me back. She actually puckered up and kissed me. Amazing feeling! Later I had Kaleb do the same thing, and he screamed so loud the nurses thought something was wrong, but it was Kaleb saying "Mommy kissed me!"

Posted by Themethatisme at CONSCIENTISATION:

E-mails circulated at work on Tuesday...

"As you are aware, the recent Comprehensive Spending Review signalled that funding for public sector activity would reduce. The indicative statements indicate a reduction in income next year of around £3.3 million for Newcastle College. This will result in some staff who work in either Newcastle College or Group Services being placed at risk of redundancy."

This will be the third redundancy process I have been engaged in, during my working life. A long way to go in the settlement of the process but the one thing I can take from previous experience is that I know it's survivable. Yet again I am appalled by the behaviour of those who seem to feel that these occasions are little more than an opportunity to advance their own cause and pursue such skulduggery as to make life more complicated and uncertain for others.

This is a hefty cut. The numbers amount to roughly one in six of the existing staff complement in the FE/HE sector of the college group. It is chilling and difficult for the staff involved.

Posted by Tim Lewis at LIFE IS FULL OF SURPRISES:

There is an empty shop on Main Street.

Leo has eventually packed up his scissors and razors and left. An unwelcome and enforced retirement, but how can a barber compete with the greed and intentions of those who wish to maximize the profits made on their building. 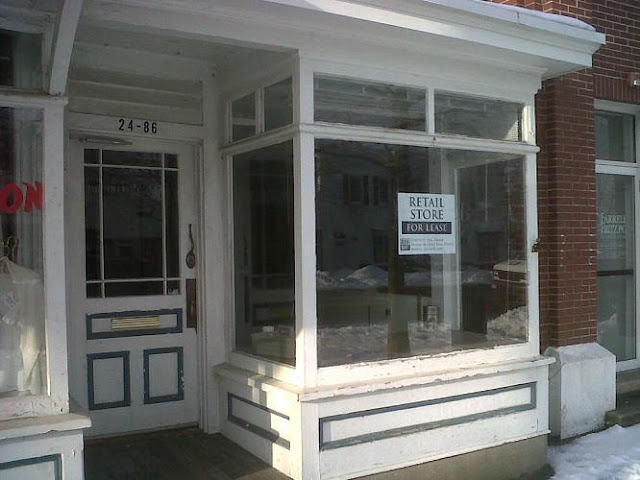 Penolan at MENOPAUSAL STONERS is going through a very stressful time at the moment. She is having to do unpleasant things and it's getting her down.

The stress and ultimate disappointment of a recent brush with possible employment has left Viv feeling a bit helpless and got at by fate (a feeling I know only too well). She has posted a "rant" about this at ZEN AND THE ART OF TIGHTROPE WALKING.