We pray for the many places in the world where there is civil unrest. We pray for those killed and injured, an end to the violence, that peaceful dissent will bring about the changes that are being demanded and that democracy without oppression will be embraced in all the nations.

Egyptians in the capital were tense amid fears that renewed clashes could occur between pro-democracy protesters and President Hosni Mubarak's loyalists in the central Tahrir [Liberation] Square on Thursday. Activists in Cairo confirmed that there were more demonstrators – from both sides – on their way to the square.

Car-loads of regime loyalists were reportedly headed towards Tahrir Square, the epicentre of the demonstrations. They seemed organised and commanded by ringleaders, Al Jazeera correspondents observed. This came after heavy gunfire aimed at pro-democracy demonstrators left seven people dead early on Thursday morning, according to local doctors. The government puts the figure at five deaths, but confirmed that about 800 people have been injured.

Violent clashes began on Wednesday when Mubarak's supporters charged into Tahrir Square, clashing with the pro-democracy demonstrators gathered there for days. Pro-democracy protesters began to defend themselves as camel and horse riding men forcefully barrelled their way into the square, which had been peaceful for more than a week. A bloody clash ensued as the assailing men used knives, clubs and other weapons. 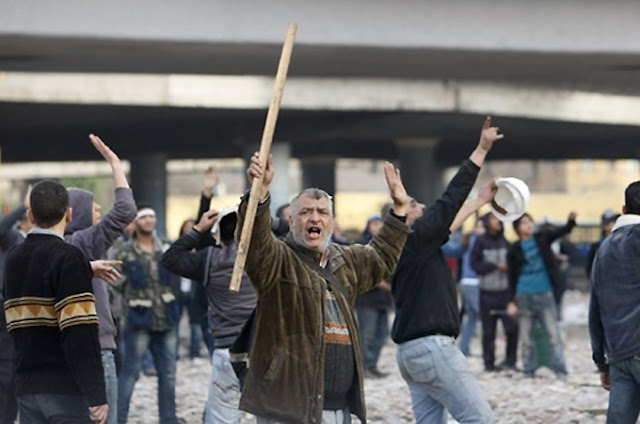 Thousands of people have taken to the streets of the Yemeni capital Sana’a in what the opposition have dubbed a “day of rage” against the president, Ali Abdullah Saleh. Government supporters also rallied in Sana’a on Thursday, and their demonstration was estimated by some eyewitnesses to be even bigger than the opposition’s.

As of mid-morning, the atmosphere was peaceful, in spite of warnings by the pro-government press that demonstrations would bring about chaos. 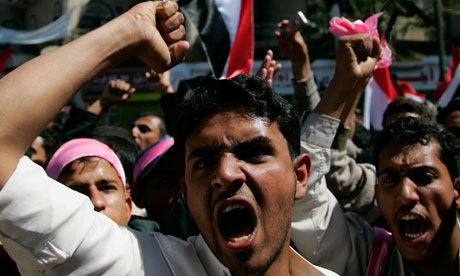 Activists say Zimbabwe is already seeing a surge in political violence and intimidation as the government prepares for national elections even though a date for the vote has not even been set.

Haitians were left waiting Thursday for promised presidential poll results set to determine who will qualify for the election run-off, as officials failed to release the outcome. As of 2:30 am (0730 GMT) Thursday, reporters were waiting at a planned press conference, but no results had been released.

Meanwhile, international security forces were gearing up for renewed unrest.

Cathy brings this story to us because it has been very much on her heart since she read it.

We received a call about a colt (young male horse) seen collapsed by the gate of a field in Thameside in Chertsey, Surrey, at 9.50am on Wednesday, 26 January. But when RSPCA Inspector Nicky Thorne arrived at the field near Chertsey lock only 20 minutes later, there appeared to be no sign of a sick pony in the field, only some other equines. A witness said the foal was now down at the other end of the field after two people had driven onto the land in a small black car. They had tied the animal's front legs together with a strap, attached the strap to the car and dragged the foal some 600 yards, leaving him out of sight of the road.

Inspector Thorne said, "When I heard about the foal being dragged I expected to see a dead body, but nothing could have prepared me for what I was about to see, even after years in this job. There was a tarpaulin which was covered in logs and stones, and as I pulled it back there was a pony, weak, barely alive and terrified, just dumped under a plastic sheet and left to die in the dark with his front legs strapped together and his head twisted around over his back where it had flopped as he was dragged, and he was too weak to move it back to a comfortable position himself."

The RSPCA and the fire service carried the young black-and-white colt, named Babe by RSPCA officers because he was so young and sweet, to a horse lorry and he was taken to nearby veterinary stables for treatment. But sadly, despite this valiant effort to save the young pony, he could hang on no longer and he died soon after he arrived there. A post mortem examination of the six-month-old pony revealed he had bad diarrhoea and was dehydrated and underweight with a very heavy worm problem.

Cathy has sent in the following prayer by Albert Schweitzer to accompany this story.

Hear our humble prayer, O God, for our friends, the animals, especially for those who are suffering; for animals that are overworked, underfed, and cruelly treated; for all the wistful creatures in captivity, that beat their wings against bars; for any that are hunted or lost or deserted, or frightened or hungry; for all that must be put to death. We entreat for them all Thy mercy and pity, and for those who deal with them, we ask a heart of compassion and gentle hands and kindly words. Make us, ourselves, to be true friends to animals and so to share the blessings of the Merciful. 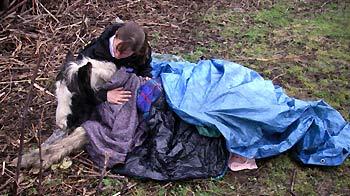 Posted by Shelly at MAYBETHINKING:

Life is good. Back in the summer I never thought this day would come. But today I scheduled the yearly payment for my long term care policy with funds from my regular checking account. No dipping into savings. I made enough this year to pay it proper. Next month I'll complete the process of replacing the last of my baby teeth with an implant. Paid out of my pocket-again, no dipping into my savings. I have two great clients for my marketing consulting business. I enjoy working with them and am thankful every day. In a week I'll celebrate the 16 month anniversary of my last cigarette. In the late spring I joined Planet Fitness. Today I'm no longer obese and a little over a third of the way to my goal weight. Last week I used a Groupon-like offer and bought 12 visits at Body Business for $30. Today I swam laps for the first time in 15 years. In November I took advantage of the City's no-interest financing, and the federal government rebate program, and got a new heating and air conditioning system for my house. I'm toasty.

Dave got a new job -hooray! We're very excited about this, as he'd been feeling ready to move on from the old one for a while. We'd been expecting a new job to also mean relocation, and it won't.

Australians voiced relief and surprise after one of the world's most powerful cyclones spared the nation's northeast coast from expected devastation on Thursday, with no reported deaths despite winds tearing off roofs and toppling trees. 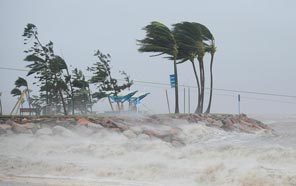