An explosion at a small underground coal mine in northeast Colombia killed 20 workers on Wednesday in the latest accident to hit Latin America's mining industry. There is little chance of the remaining 12 or so miners being alive. The mining regulator Ingeominas said the latest blast, in Norte de Santander province, was probably caused by methane gas.

"I hope (God) favors me with another type of job to support my family, not this kind of mining in a murderous mine," an unnamed miner told a local television station.

Other miners, one on the verge of tears, said they feared all their colleagues were dead. Local media reported there had been other deadly blasts at the same mine in the past. 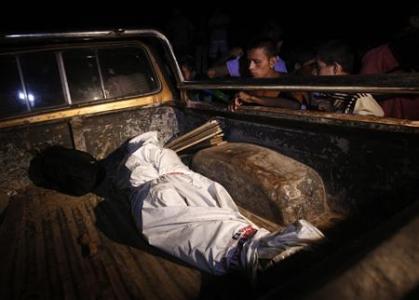 Ugandan LGBT advocate David Kato Kisulle was murdered today (26th. January) at his home in Kampala. Frank Mugisha of Sexual Minorities Uganda (SMUG) has confirmed that the David’s body was identified at a hospital. He was reportedly beaten in the skull with a hammer at his home. Witnesses told police that a man entered Kato’s home in Mukono at around 1 p.m. hit him twice in the head and departed in a vehicle. Kato died on his way to Kawolo hospital.

David Kato was a spokesperson for Sexual Minorities Uganda (SMUG) and one of the plaintiffs in the successful lawsuit seeking a permanent injunction against the Ugandan tabloid Rolling Stone. Kato was one of three applicants who had been named by the tabloid under a headline tagged “Hang Them!” His photo appeared on the tabloid’s front cover. 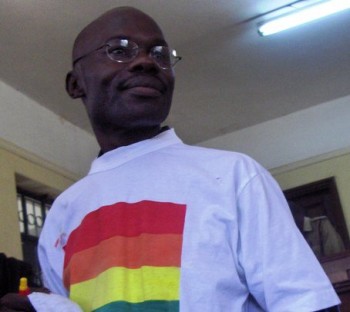 Could you put May Casey on your prayer list. May in is her 50s and was in church singing lustily at Christmas Midnight and on January 2nd.. Super wee woman who was ultra-fit. They've found ovarian cancer and can't stop the tumor bleeding out. There are secondaries but no treatment will be given until they stop the bleeding. She needs the prayers of St Laika, as does her hubby, Cha, and daughter Cheryl.

I will be seeing a woman this morning whose first name is Crystal. She has cancer and is dying. She has two children aged 11 and 7 and is in discernment about whether to stop treatment at this point. She will be coming to see me with her best friend who has been her main support person throughout all this.

Pray for Crystal, of course, as well as her husband and children. Of your charity, pray for me as I listen and strive to be a supportive presence.

I have it. It started in my nose and throat; who knows where it will end up? I have to go to court tomorrow (27th. January), regarding the wreck we were in last January.

As I seek a new call I feel like I'm seeking a special kind of Search Committee as well. I'm hoping my resume/Personal Information Form lands in the hands of people:

who are not there to maintain the status quo

who see their task as completing a team, not filling a slot

who are mostly impressed with what God can do

As I leap into this adventure called The Search I covet your prayers. And tips. This is one of those seasons of life when faith truly rules.