Country Music Hall of Famer Charley Louvin passed away this morning at his home in Wartrace, Tennessee, after battling pancreatic cancer for the last several months. 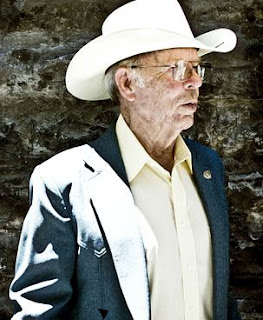 
Member of the
Grand Ole Opry
since 1955

I expect that most English people between the age of 50 and 70, who are into popular music, were turned onto real country music after listening to the Rolling Stones' albums of the late 1960s and early 70s. Keith Richards was turned onto real country music by Gram Parsons (a singer so far up MadPriest's list of greatest ever musicians that you would need a telescope to see him). The greatest influence on Gram parson's vocal style were the Louvin Brothers. Not only did he adore the brothers' harmonies but he also studied them and learnt them. You can here them on the International Submarine Band recordings, during his stint in The Byrds and when he was solo or duetting with Emmylou.

Thanks to the maverick deejay, Andy Kershaw, I started exploring the roots of Parsons' music in the early 1980s and I soon came across the recordings of the Louvin Brothers. I immediately fell in love with their harmonies and their sincerity and I have been a fan of theirs and old time country gospel music ever since. 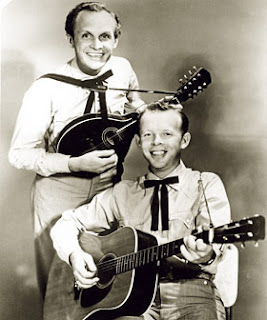 The Louvin Brothers split up in 1963 having performed together for 32 years. Ira, died on June 20, 1965 when a drunken driver struck his car in Williamsburg, Missouri. Charlie hit the road as a solo act and became a fixture on the Grand Ole Opry stage. For the last ten years or so, Charlie has been the grand ole man of traditional country music, revered by the musicians of the "Oh, Brother, Where Art Thou" generation and he never stopped performing. His latest album was released just a couple of months ago and he was booked to play a couple of gigs in Nashville next month.

My tribute selection on the jukebox consists of four Louvin Brother tracks from back in the day and then three songs recorded by Charlie in the last few years. In fact, the last track of my selection is the last track on his last album, a record on which Charlie worked through his great sadness that the country he had always been so proud of was still sending its sons and daughters overseas to fight in wars.

Rest in peace, Charlie Loudermilk.
There won't be war anymore where you are heading. 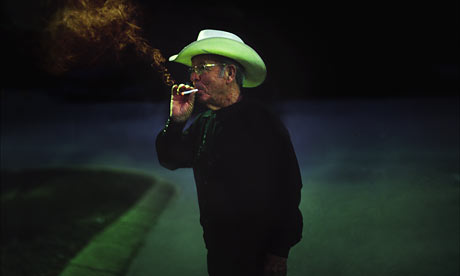