A suicide car bomb attack on a police checkpoint in Baquba killed at least four people and wounded 33 others today. Two of the dead and nine of the wounded were police officers.

Everyone knows there was a major earthquake in Christchurch (New Zealand) in September. There have been continual tremors since. Altogether 54 tremors in the last 7 days.

Naturally people are worried that weakened structures will fall, lots have had their chimneys removed in case. And doctors report many illnesses due to stress. Prayers are needed for those who live there and put up with it every day.

One step forward. One step back. Incredibly, Aileen's kidneys suddenly started working 2 days after kidney doc said they were probably done! So much so, that the doc took her off of dialysis today!! However, they had to reopen the incision as the internal bleeding caused some of the infection to move around the incision. She is in much pain and is on a pain medicine drip. Major infection concern, again. Please continue prayers.

I was praying at bedtime earlier this week, telling God how uncertain the future seems to me right now. I feel like I'm walking across a lake that hasn't completely frozen, and with each step I'm holding my breath, listening for cracks.

As I prayed, it seemed that a startling thing happened: God laughed. Not unkindly, but with perspective and good humor. Did you forget I can walk on water?

Oh. Right, then. I still know the ice is likely to crack. But I'm not going to fall through.

Isadora has been going to the vet a lot. Her auto-immune issues and her gum disease have been acting up. 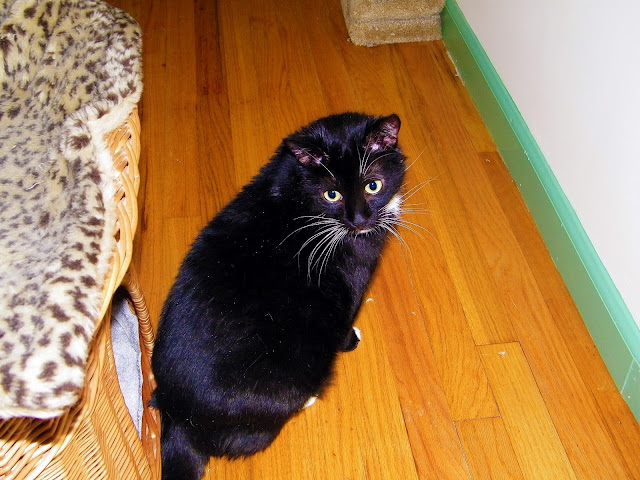 I saw my doctor yesterday and we agreed that although I’m improved, I’m not recovered from the flu yet. I am ever more convinced that real flu (Not “man flu”, not “a bit fluey”, not “I had the flu yesterday” but the real enchilada) can’t be messed with. The doc has assured me that it can take more than a week to get back to normal and has instructed me to take a further few days off or risk being properly ill again. So, he has signed me off work up until this weekend. I expect to be back to work on Monday and hope to be firing on all cylinders then.

Over the past few days, something remarkable has happened in Sudan. As the polls closed this week in the referendum on southern secession from the north, apocalyptic predictions of violence and even a cancelling of the plebiscite had not come to pass.

Voting has been overwhelmingly peaceful with observers, both domestic and international, not only praising the process but privately expressing surprise, not only at the lack of disturbances but the high standards in general.

The 60% turnout threshold was surpassed in many areas and first counts indicate that, as expected, separation has been the choice.

We pray that peace will persevere in Sudan and that the succession and the period afterwards will also occur without unrest and bloodshed.