Tunisian forces have exchanged fire with members of the deposed President's security guard, according to reports. Gun battles at the Presidential Palace, Central Bank and Interior Ministry grew steadily more widespread during the day overshadowing efforts to bring the opposition into a government of national unity. Two days after Zine al-Abidine Ben Ali was forced to flee the Arab world's first popular uprising in 50 years, the army's efforts to restore order in the capital city appeared to be floundering.

Up to 20 towns in addition to those already flooded or under threat are expected to be hit by floodwaters in coming days, and tens of thousands of Victorians face the prospect of no electricity.

At least nine Afghans have been killed by a roadside bomb in the northern province of Baghlan. Police said all were wedding guests and their car was destroyed in the blast. The news came as officials said six civilians were killed in a roadside blast in the south on Saturday.

The murdered in the metro New Orleans area this week are:

Posted by Ginny at BLOGULA RASA:

Our cat Riley has been diagnosed with Chronic Lymphocytic Leukemia and we’re about to embark on “the new normal” with him. He seems fine but his weight is down since last year and his white blood cell count was high, so our vet Dr Esbenson of Arlington Cat Clinic sent a sample on to the feline oncologist. So in a small scale we’re experiencing some of the fear and uncertainty that anyone with a cancer diagnosis faces.

It’s the chronic form, slow to develop, and depending on how this chemotherapy and steroids regimen works out, he could be happy and relatively healthy for years.

Although a little better today, I’m still not up to taking meetings and services and so others are filling in left right and centre and I’m most grateful to everyone. 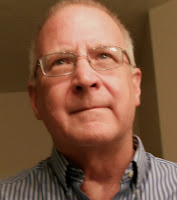 This morning (14th. January) the surgeon removed the stents on either side of my septum and I can now truly breathe freely. Woohoo! I can, mostly, return to normal life. There is some follow-up care and it is easy. I see the doc in a couple of weeks to check up on how it is doing. Things look good at this point. The goal is to have everything clean going forward so he will not have to do any follow-up surgery.

I want to thank everyone for all the love and prayers that have come my way through this. Compared to the ills others go through, this was chump change but I am grateful to have had friends all along the way.