For almost 40 years the International Women's Day march has set off from Sydney Square, between the Town Hall and St Andrew's cathedral in the city. But this year the march organisers received a rude shock. Unknown to them the square is mostly owned by the Anglican Diocese of Sydney. And the church has put the International Women's Day Collective on notice. Women can rally in the square one more time, on Saturday, March 11. But in future years they must start the march somewhere else.

The Jensen Family Firm prescribes that women must submit to the "headship" of men in the church and in their marriage. It also opposes ordination of women. But a spokesman for the diocese, Russell Powell, said the women were not being singled out. A new policy on all rallies in the square was being considered by the board of the Glebe Administration Board, which is the church's business arm.

When Gabe Kavanagh, one of the organisers, received the email from the Glebe Administration Board she was shocked. She got the strong impression in her follow-up conversations with board managers that it was an "image issue" and that the church was sick of having protests in its space. 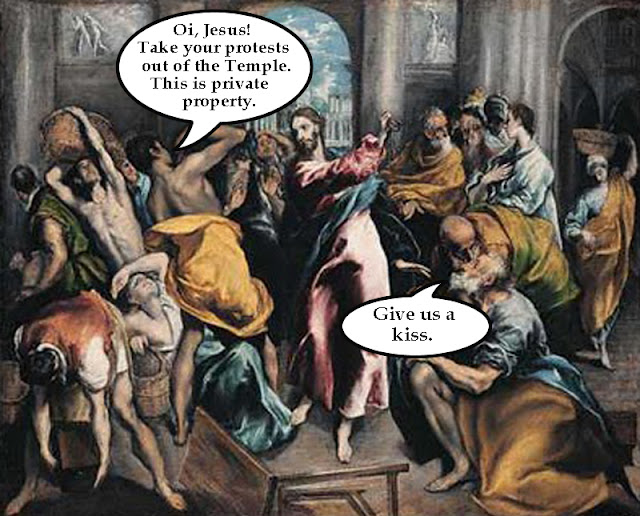