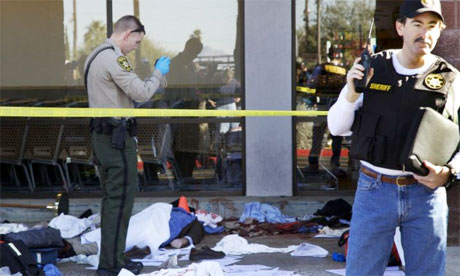 Please pray for the people of Sudan who, today, begin a week of voting to decide wether ot not their country should be divided, north and south. Please pray for both Muslims and Christians and that the loving nature of their God will inform their thoughts, words and actions after the result of the referendum is known. 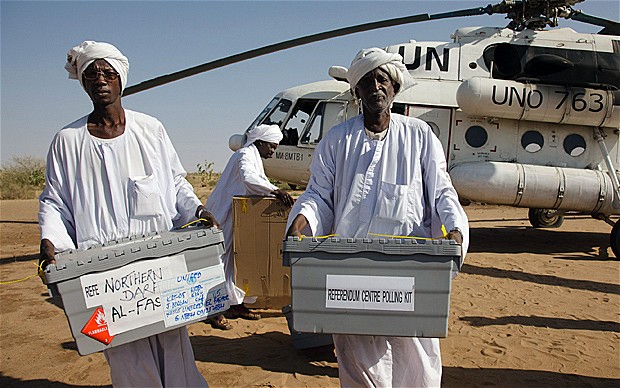 The bodies of 27 people, almost half of them young men who had been decapitated, have been found in Mexico in the space of just a few hours. Reforma newspaper reported that the men were killed by the Sinaloa cartel, headed by drug lord Joaquin 'El Chapo' Guzman, for intruding on the gang's turf.

More than 30,000 people have been killed in Mexico's drugs war since the government launched a major military crackdown in 2006.

Israel demolished part of a hotel in East Jerusalem on Sunday as part of a plan to build 20 housing units for Jews in a predominantly Palestinian neighborhood of East Jerusalem.

"The state of Israel is demolishing one Palestinian property after another in an effort to cleanse Jerusalem of its Palestinian inhabitants, heritage and history," the chief Palestinian negotiator, Saeb Erakat, said in a statement.

The United States had called on Israel to halt the housing project, but Prime Minister Benjamin Netanyahu responded by saying "our sovereignty (over Jerusalem) cannot be challenged". 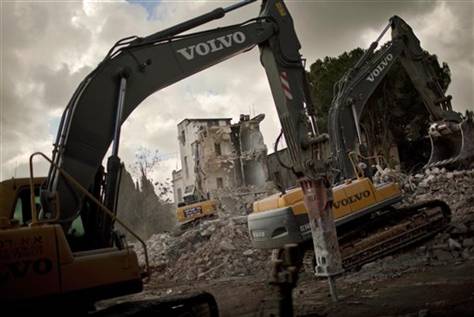 Heavy rains falling on Australia's flooded north-east could have a "dramatic" impact, officials warned Sunday, stretching already swollen rivers and creeks to their limit across the devastated region.

At least three people have been killed and 300 others injured in riots that erupted across Algeria amid rising food prices and a housing crisis. The protests began last week over spiraling costs of basic food items, including milk, oil and sugar. 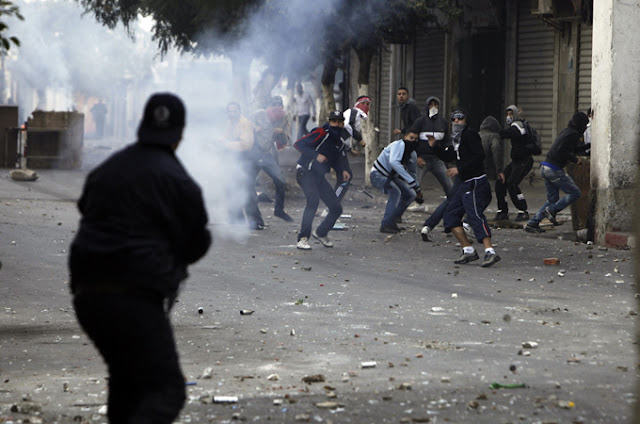 Sana Saleem may not look like a doughty human rights campaigner. Yet every day she shrugs off death threats and anonymous text messages promising to rape her in the street, in order to champion progressive causes on her blog. Even she, though, was unprepared for the outpouring of hate that has engulfed Pakistan this week, with the murder of a high-profile politician who was leading a campaign to reform the country's draconian blasphemy laws.

"I was devastated, really shocked," said the 23-year-old medical student. "They were celebrating his death, showering the killer with rose petals. I never expected this." 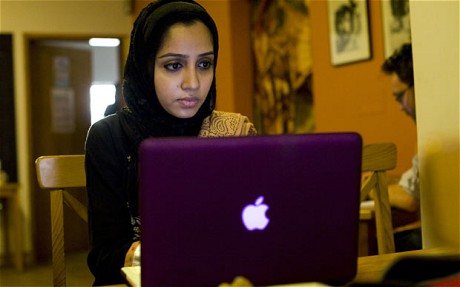 Thanksgiving for the prayers offered in my behalf. It made a real difference; I felt immediately uplifted and held close right after I emailed MP. On a sadder note, I returned to my work this week to find that one of my administrators took her own life this week rather than return to work after the holidays. She was only 46. I am a teacher and the effect on our school and the children has been palpably dark and will continue to be so for some time, I fear. So I ask for your continued prayers for the repose of her soul and for the healing presence of God in our workplace.

My father who suffered a stroke just before Christmas died on January 4 and the funeral service took place yesterday, January 7. My brother and I arrived home on January 31st and we thank God that we were able to see and talk to him for 4 days before his final departure. Thanks for the prayers. He did not suffer much pain. He opted for cremation, which is very rare for an African person, because of the struggles in the Anglican Church in Zimbabwe. Since Kunonga has barred the Anglican Diocese of Harare from using the church property, including burial sites, my father could not be buried on the site where my mother is buried. He was cremated today and we will receive his ashes tomorrow. The service was beautiful although it took place in a big tent at our family home in Harare.

Please continue to pray for those left behind, including my three brothers and their wives and children and all his friends who loved him deadly are still struggling to come to terms with such a sudden end to the physical presence of their loved one.

Again thanks for the prayers.

A good friend of mine, Father Mike Pennington, an old school priest with the eccentricity to go with it, has died. Please pray for his wife Eileen and family and for the Church. Father Mike fought against evil throughout his life and his ministry will be sorely missed. We will also miss his slide shows on sinking ships.

Posted by Graham at DIGGING A LOT:

A few months ago, our friend Grace was in a car accident; initially the prognosis was very poor. I got a text a few days ago to say that when she was injected, she whispered the word ‘Ow’. Wow….a little word that would have meant nothing, would have been missed and passed over 4 months ago suddenly became huge and shot through with hope.

The journey is still uncertain and whatever happens the road is long, but something little has become something momentous and more….. Amen.

So I'm still battling this bug. I can't decide if I'm still sick or sick again - I vaguely remember feeling sorta OK a day or two here and there. Then again my head is so stuffed that I'm not sure if I've had a clear thought since Christmas.

My friend Ryan's grandfather has died and tonight was the wake. May he rest in peace and rise in glory. May those who love him find comfort. May Ryan be sustained and return safely to school.

In very good news, my dear friend Kathy has a new job and begins work on Monday. This was, blessedly, a very short time unemployed. May she shine in the new position and find satisfaction in it.

The other Cathy is still battling that nasty flu and needs to be working. May her health return swiftly, her vigor increase, and her employment suffice.

Another overlong update on me, me, me:

I did not sleep well (or enough) last night so today had a very rough start. I think my nose is at the healing stage where it is just tender. Sort of that easily irritable phase, like a wound when it itches and you know that's a good sign but it's driving you nuts and you cannot scratch it. For my nose's sake it would be lovely if my facial muscles would go all botox for a few days and not move. Smiling, laughing, yawning, whatever makes nose muscles move and that is unpleasant. Washing my face is a challenge. (Just try it without moving a nose muscle.) I began the day in a foul, miserable mood. [I never promised to be a patient, happy convalescent.] Still, each day I breathe a bit more easily.

The long rest period is making more sense on an experiential level now. Serious stuff was done to straighten out my septum and it needs to heal properly. It is incredibly easy to do something to one's nose that will undermine that. My face is vulnerable and sore. One thoughtless moment could undo a lot. And my body needs more rest than usual (and has actually gotten much less in the first few days). So: patience, Mr. Bear. Chill and let it happen. Be gentle to yourself. Your breathing-improved nose needs time to stabilize. 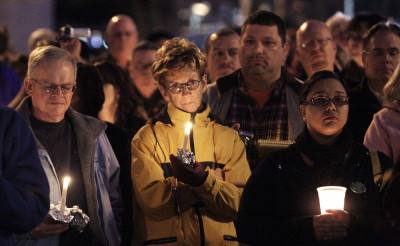