Seventeen people are dead and another 23 are wounded after a suicide bomber blew himself up inside a barbershop in southern Afghanistan. The barbershop is popular with local men, who visit it on Fridays — a day of worship in the Muslim world — for haircuts, shaves and baths.

Human rights workers say they fear for the immediate safety of Aasia Bibi, the Christian woman at the heart of Pakistan's blasphemy furore, following the assassination of Punjab governor Salmaan Taseer this week.

Bibi, a mother of four who has been sentenced to death for allegedly insulting the prophet Muhammad, has been in solitary confinement for the past month.
It is feared that Bibi could be killed by a zealot.

"There are many chances. The prison guards could also kill her because they are Muslims and we cannot trust them," he said.

The list includes murders for the past couple of weeks here, but this week alone has been dreadful with a murder every day. In 2010 as a whole we had an average of 4.5 murders every seven days in Orleans and Jefferson parishes.

I received the news that my friend Dona's father, Richard, passed away at about 8:30 PM on Thursday. He was such a huge presence, and a good natured man who was always willing to help you with anything, especially if it meant he could tinker with your ailing desktop, or find that perfect thingee-ma-jig to fix something amidst his collection of parts in his garage. He was friendly, he was boisterous, and he had a great sense of humor even as he was dying. Please keep the Milinkovich family in your prayers.

I am not well again today and have had to take the day off work (again). I thought I was getting better but this flu is just not going away.

Posted by Wendy at WENDYCAROLE'S STUFF:

I had my stitches out on Wednesday but had to go yesterday because they left a bit behind. It is still tender but looks as if it has healed up.

Egyptian Muslims attended Christmas services Friday in a show of solidarity with Coptic Christians days after a bombing killed 23 congregants in the country's north.

Coptic Christians celebrate Christmas Day according to the Julian calendar, and observed it on Friday this year. 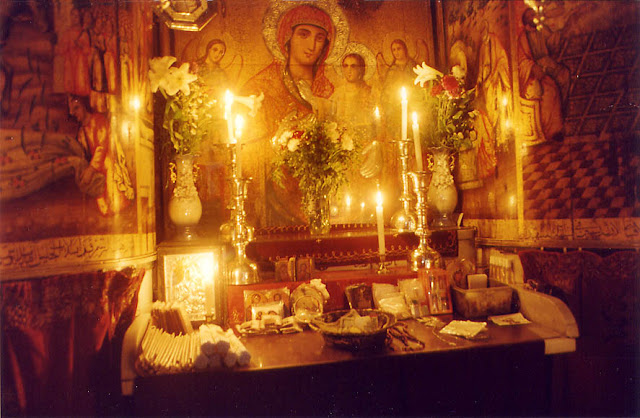