The Rev. Marshall Brown, associate rector at Truro Church, whose clergy helped lead 14 Virginia parishes to break away from the Episcopal Church after the 2003 election of the denomination's first openly gay bishop, has been fired for repeatedly using a church computer to surf for pornography

In 2005, Truro arranged for Brown, now 57, to get treatment for an Internet addiction after he reported having a problem, according to Bishop Martyn Minns, who was Truro's rector at the time and is now bishop of the Convocation of Anglicans in North America, the umbrella group of breakaway churches.

Minns, one of the leaders of Anglican conservatism, said in an interview this week that in 2005 he didn't ask his then-assistant for details about what kind of sites he was using - sexual or otherwise. The addiction experts who treated Brown told Minns "there was nothing illegal or involving children," but beyond that, Minns said, "I didn't ask too many questions." 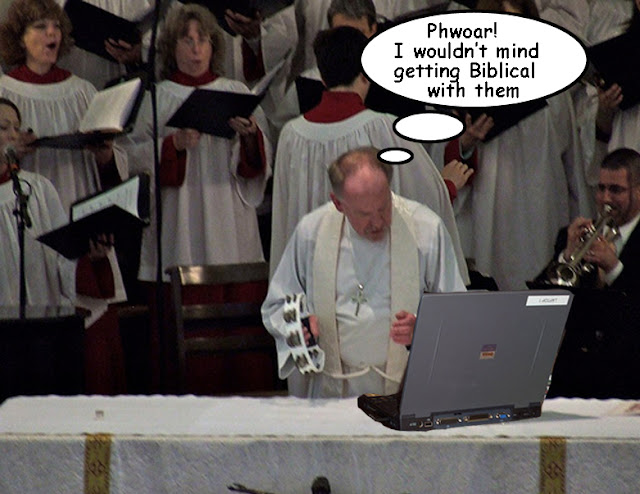