And I would have missed it completely if I hadn't been nudged by that woman at WOUND UP BIRD.

Hey everybody! It's the fifteenth anniversary of Ann Fontaine's ordination today. Go read her blog about it at WHAT THE TIDE BRINGS IN.

Of course, they should have made her into a bishop by now. Unfortunately she's a feisty, old bird who is actually less prone to doing what's she's told than me, especially if doing what she is told involves keeping her mouth shut about something she cares passionately about. Also, for some reason, she absolutely refuses to allow me to run a Babelicious Bishop campaign on her behalf.

Here's a musical tribute to our good friend.

And here's a photoshop I did involving Ann that I was particularly pleased with. 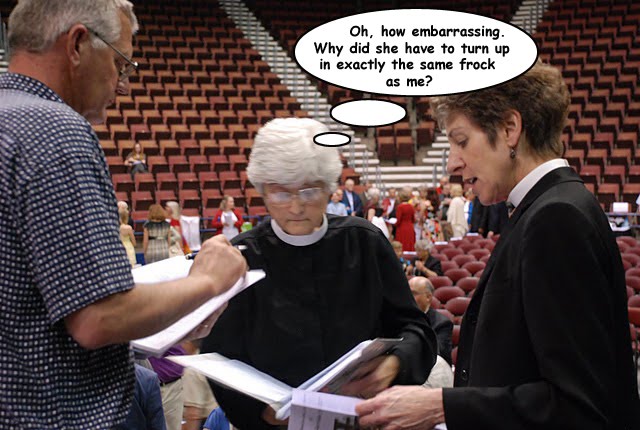 P.S. One thing many of you won't know about Ann is that she has a brain the size of a planet and she had a long, distinguished academic career. But she never boasts about it.

In God she boasts.