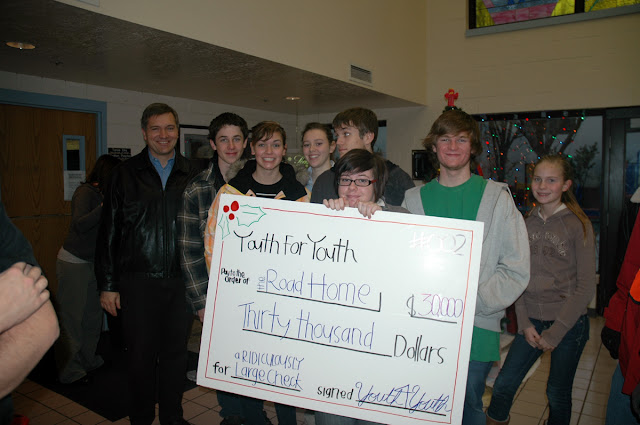 When teenagers Ashton Palmer and Andrew Hagedorn decided to raise money to help Salt Lake City area homeless, they set an ambitious goal of $200,000. That was about four years ago and so far the teens, along with help and support from members of their St. James Episcopal Church youth group and the local community, have raised at least five times that much - more than $1 million - in both cash and in-kind donations for local organizations that offer assistance to area homeless.

For not seeing any reason why not, Ashton Palmer, Andrew Hagedorn and their helpers are OCICBW...'s