A vulture, which was carrying a GPS transmitter and a tag bearing the identification code R65 from Tel Aviv University, strayed into rural Saudi Arabian territory at some point last week.

Residents and local reporters told Saudi Arabia's Al-Weeam newspaper that the matter seemed to be linked to a "Zionist plot" and swiftly alerted security services. The bird has since been placed under arrest.

Several weeks ago an Egyptian official reportedly claimed that a shark that attacked tourists off the coastal resort of Sharm el Sheikh was also acting on behalf of the Israeli spy service. 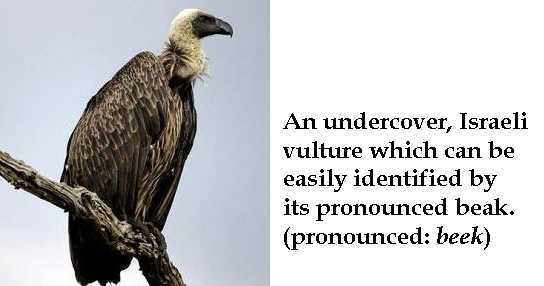