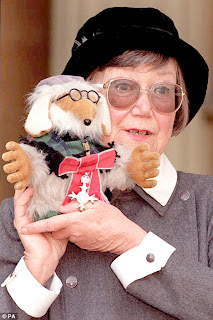 Wombles creator Elisabeth Beresford has died at the age of 84. She devised the Wombles of Wimbledon Common who became stars of the much-loved TV animation series in the 1970s. Furry favourites Uncle Bulgaria, Tobermory and Orinoco became household names as they picked up "things that the everyday folk leave behind". They even had eight hit singles. She died from heart failure in hospital on Christmas Eve on Alderney, in the Channel Islands.