The thoughts and prayers of many in the Anglican Communion are focused on Sudan at this time, as the people of Southern Sudan prepare for a referendum to decide their future. The referendum will take place on 9 January next, and all are invited to pray and to focus their concerns on that war-torn country at this time.

God our Father, whose son Jesus Christ wept over your people who knew not the way of peace, and were as sheep without a shepherd, hear our prayer for the people of the Sudan. Turn the hearts of their leaders to reconciliation and peace. Bless their Archbishop and clergy, that they may be true shepherds of your flock. Strengthen those who heal the wounded and feed the hungry. Hasten the time when all nations will own your just and gentle rule and receive your gift of peace, in Jesus Christ our Lord. Amen

This is a message from Aileen's cousin, Tammy:

Just talked with Aileen's mom and the doctors put in the trach tube. Aileen responded to her mom by blinking, and she followed her with her eyes. Her blood pressure is stable and her heartbeat as well. She still has a bit of a high temperature. Please keep praying for my sweet, precious cousin Aileen. Thank you all so much for the prayers!!!! We all love her so much and I know she is going to pull through this.

It turns out my cherished cousin Frank is not to see Christmas at home. They discovered a serious growth on one of his lungs, and he's been hospitalized, with the doctors unable to give any idea how long the treatments will take- especially with holiday scheduling. They're going to be removing the mass and giving him treatment.

Firstly a huge, big thanks be to God for our friend MARK BRUNSON who has, somehow, managed to make it through to 43 years old (yesterday). Well done, mate!

The New Start nuclear treaty between the US and Russia has cleared a key procedural hurdle in the US Senate and now looks set to be ratified. Senators voted to end debate on the issue, clearing the way for a final vote on the treaty, set for Wednesday.

Ratification would be a victory for President Barack Obama and the Democrats, who have pushed hard for it.

On behalf of the bit that isn't the United States
- Thank you, Barack Obama.

Today, the United Nations General Assembly has sent a clear and resounding message that justice and human rights apply to all individuals regardless of their sexual orientation.

Several weeks ago, on November 16, the General Assembly’s Third Committee voted by a narrow margin to eliminate any mention of lesbian, gay, bisexual, and transgender individuals from a resolution condemning extrajudicial killing of vulnerable people around the world. The United States fought hard for that reference when it came to a Committee vote, and we lost. As I have said before, I was incensed by that vote.

In the weeks following that setback, the United States was proud to introduce an amendment to restore this critical language to the biennial resolution on Extrajudicial, Summary, and Arbitrary Execution before it came for a final vote of the full UN General Assembly. On December 10, at an event marking Human Rights Day, I announced our effort and said, “We’re going to stand firm on this basic principle, and we intend to win.”

The U.S built a broad coalition of partners and together we galvanized member states to support this effort – and to win.

Today, the General Assembly voted by a significant margin, 93 to 55, to approve the U.S.-led amendment and condemn the extrajudicial killing of people around the world due to their sexual orientation.

My dental surgery, yesterday, was a little unpleasant as the anaesthetic didn't take very well because of the infection. But I was a brave boy and I let the dentist go ahead.

I was a bit worried because I could feel the pain of the operation as soon as I left the surgery. But, by the time the numbness had subsided I was pretty much pain free. To avoid my usual problem of succumbing to an infection after surgery, the dentist had given me some antibiotics straight away and, after a good night's sleep, I woke up this morning with my poor old face feeling more healthy than it has done for months, AND NO PAIN!

Thanks for your prayers, especially those from my fellow sufferers to whom I say, "There is light at the end of the tunnel!" 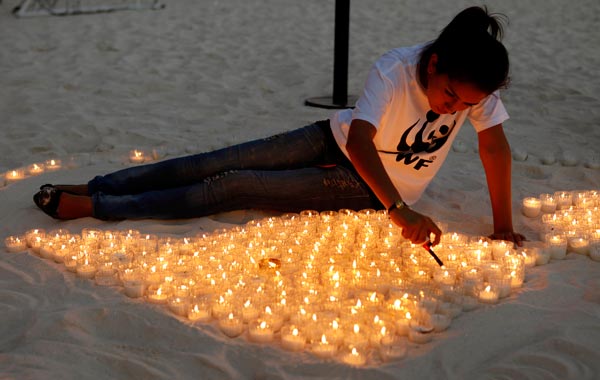