I do loosely follow a template with our daily prayers. First we pray for the world. Then we pray for ourselves. Finally, if there are any, we offer up our thanksgivings. Other than that there is no other system in place. The prayers are not placed in any hierarchy of importance, they tend to get posted in the order they hit my computer. Therefore, I would ask those who take this feature seriously to always read all the prayer requests as the most important can easily be at the bottom of the list and may just consist of a single, unillustrated, sentence. Thank you.

Earlier this year Millicent Gaika, a 30-year-old South African woman, was tied up, beaten, strangled, tortured and raped for five hours by a man as he screamed that he would “cure” Millicent of her lesbianism.

Ndumie Funda, a local community activist whose lesbian partner was murdered in the course of a similar “corrective rape,” reached out to Millicent through a small local charity she set up to rescue and support survivors of “corrective rape.” But last month they both had to go into hiding after the South African government released the perpetrator they had helped to jail on 60 rand (less than $10) bail.
Ndumie, Millicent and others decided to fight back against the rapists and the lack of accountability for their crimes.

From a Cape Town safehouse for survivors of ‘corrective rape,’ the women created a petition on Change.org targeting South African Justice Minister Jeffrey Radebe.
Please, they wrote, declare 'corrective rape' a hate crime, which would both empower and require South African police to take a harder line on the vicious crime.

Click here to add your name to the petition.

More than 500 “corrective rapes” are reported in South Africa each year, and more than 30 South African lesbians have been murdered because of their sexuality over the past decade. Worse, for every 100 men charged with rape in South Africa, 96 of them walk free.

I don't understand the technicalities regarding procedure in the US parliament. But, from reading the GAY MARRIED CALIFORNIAN blog I understand that there is a vote going down today that has something to with the campaign to repeal the "Don't Ask, Don't Tell" rules that currently makes the lives of gay people in the US military incredibly uncomfortable and difficult. Please join me in praying for a speedy rejection of this antiquated, legitimised bigotry in the US military.

French President Nicolas Sarkozy says Mr Gbagbo must stand down by "the end of the week" or face EU sanctions. Kenyan Prime Minister Raila Odinga has called for African nations to remove Mr Gbagbo by force if necessary. 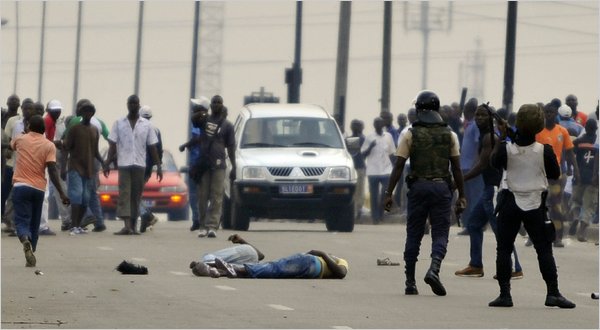 I saw someone's lost pet bird in the local park yesterday as I was running for the Tube. It was a cockatiel (same as my birdies) and I could tell it was lost because it was in a horrible panic and screaming frantically in the hope of getting a response from familiar faces and voices, but it must have flown too far away from its home for anyone to hear. It called desperately for a few seconds then flew off. I couldn't help it because cockatiels are very strong flyers and it was high up in the trees - by the time I had walked to the tree it was in it could already have been a quarter of a mile off. In the meantime this big freeze and heavy snow has come down. I prayed for it whenever I thought of it yesterday and this morning. There is pretty much no chance it will ever be reunited with its owner but there is a very slim chance it will land in someone's backyard so exhausted that they will be able to catch and rescue it. I feel so sorry for it and also for its owner, who, if they loved their bird, must be utterly distraught. 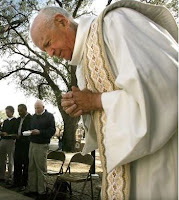 I have been seriously ill the last month and a half, first with gall bladder (resulting in a long stay at Ochsner Hospital and eventually surgery), then with bladder failure. While at Ochsner I had atrial fibrillation and was shocked out of it (none of which I can remember), and now I am catheterizing myself several times a day to empty the bladder. What a mess is old age!

Posted by Tim at
FOLLOWING THE VOICE WITHIN:

I would ask for prayers for myself, dealing with a number of personal issues simultaneously (as such things are prone to do), the upshot of which is fighting off the Darkness of depression. I know the Light is there, I just can't see my way out of this box I'm in right now and help would be appreciated.

I may be wrong (I often get mixed up over the identity of my readers) but I think Tim is a fellow traveller on the pot-holed path of only just sanity. If Tim is the person I am thinking of then he is a fighter who has beaten this thing of ours before. Give him some help with some extra-potent prayers, please.

Today the son, husband and father of dear, dear friends chose to end his pain by suicide ... the same day his oldest daughter returns home from college for Christmas break! Please pray for the "C" family. (and for me ... this is the third time I've faced this loss as a friend/pastor ... and I still feel totally overwhelmed)

Some months back, I wrote about the mother of my friend, Dona, who was having some serious health issues and spent several weeks in a rehab hospital. Gloria, the mom, is doing much better. Sadly, Dona's father, Richard, is not. Richard, who is gregarious and a guy who liked to help people, had been having some problems for the past few months. The doctors thought that maybe he'd contracted tuberculosis (he had been visiting with homeless vets at a shelter and had brought them computers to work with, so the theory was he'd been exposed to TB). After antibiotics failed to help, the decision was to operate. They took out part of his right lung, and... after initially saying there was no cancer... discovered that there was cancer. And it has spread.

They're trying to move Richard out of the hospital and into either hospice house or back home with hospice care. The doctors have not given him more than days now to live. He'll begin to sleep more, then drift into that state of being here but not here... and then he'll be gone. Please keep Richard, Glo, Dona and her partner Dana in your prayers.

Posted by Chris at BLETHERS: 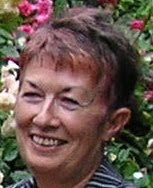 It's snowing, inconveniently, but I'm not going to mention it again. Instead, I'm going to indulge in a wee paean of praise for the Plastic Surgery department at Glasgow Royal Infirmary - and no, I wasn't having cosmetic surgery. Just in case you ask. It was a very tiny bit of cutting and stitching that was required, though I suppose the resulting biopsy may lead to a further visit.

The great thing is that I'm not anything like as bothered by that thought as I was. The people I met there - especially Jim the nurse - couldn't have been better at mixing professionalism with the appearance of personal interest; the building was newish and therefore cheering; the atmosphere in theatre was calm and unthreatening. My face, having had any vestiges of moisturiser swabbed off it, was swathed in drapes, so I couldn't see anyone, but I was able to listen to the instructions as someone practised tiny stitches on my temple (I never thought of the bit in front of my ear as the temple, but there you are) and join in the discussion about how difficult it was to explain the difference between a granny knot and a reef knot. (To be honest, I think the instructing surgeon was better at surgery than language - it was my idea to call it a granny knot when one stitch had to be removed and redone)

My son and his fiance are getting married tomorrow (TODAY!). We are very excited at the prospect of having a Daughter-in-law and a Granddaughter, the sweetest 6 year-old in the world!

I found this music on Facebook a couple of days ago and I thought it was so appropriate for the couple. I wanted you to hear it. The singers are the Choir of Sidney Sussex College, Cambridge
It is a lovely setting of a poem by the mystic poet Rumi.

I am out of words to describe how spirit mingles in this marriage." 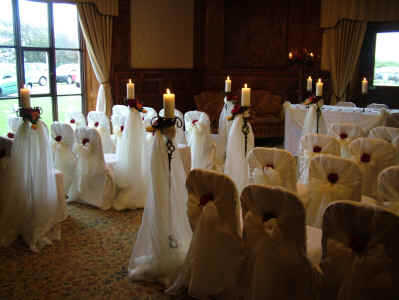