From YOUR LOCAL GUARDIAN:

Reverend Peter Ratcliff, a minister at St John’s Church of England based in Mill Road, South Wimbledon, says he is concerned about the growing trend in funeral services where families are allowed to read poems and tributes.

He said: “The minister should take the whole service himself without allowing family and friends to present poems and eulogies. It is his job and he should not stand down from his duty or hand it over to those who are not qualified. It is quite inappropriate to produce a Princess Diana-style modern funeral where the minister acts as a master of ceremonies, simply introducing one act after another. Though often not intended, this becomes little better than an entertainment show and an outpouring of emotionalism devoid of biblical truth.”

Tony Walter, professor of death studies at Bath University, said the most popular type of funeral in Britain today was a “pick ’n’ mix” affair in which the service included a combination of secular and religious readings.

“Families are no longer willing to be told what is, and what isn’t, appropriate when remembering a loved one. If and when we plan our own funerals, we want to be remembered as the unique individuals we are, not dispatched by a cut and paste anonymous, dreary ritual that all too often is the outcome of the traditional funeral,” he states on his website.

COMMENT: Oh dear. That a person can be so obsessed with the Bible over so many years and still be completely unaware of what it is actually all about is one of the great mysteries of the Christian religion. If God transforms why does God fail to do so with so many members of the priesthood?

However, my guess as to what is actually going on here is that this Biblically based man of the law is so unimaginative, uncreative and lacking in empathy that he couldn't organise the proverbial in brewery let alone an all-singing, all-dancing, magnificent send-off.

You see, if you are doing the job properly, you don't just let the mourners get on with it. You have to work with those who are going to take part in the service. You have to encourage them to be imaginative, creative and daring. You have to gently advise them of how a "show" works, how you have to bring out the different emotions implicit in each part of the ritual. You have to be fully conversant with what each person is going to contribute so that you can step in straight away if they crumble in the service. It takes a lot more work to do all this than to just get up on the day and say the same old things about "Jesus dying for us" that you said at the last funeral and the funeral before that, and the funeral before that etc. etc.

Furthermore, a priest who allows others to pay the tributes to the deceased at a funeral gives himself the opportunity to use his talky bit in the service to speak about God, in stead of delivering platitudes about some stiff he never met in life.

Of course, perhaps Mr. Ratcliff is just scared stiff of what his family might say about him at his own funeral and is making sure in advance that they don't get the opportunity to say anything. 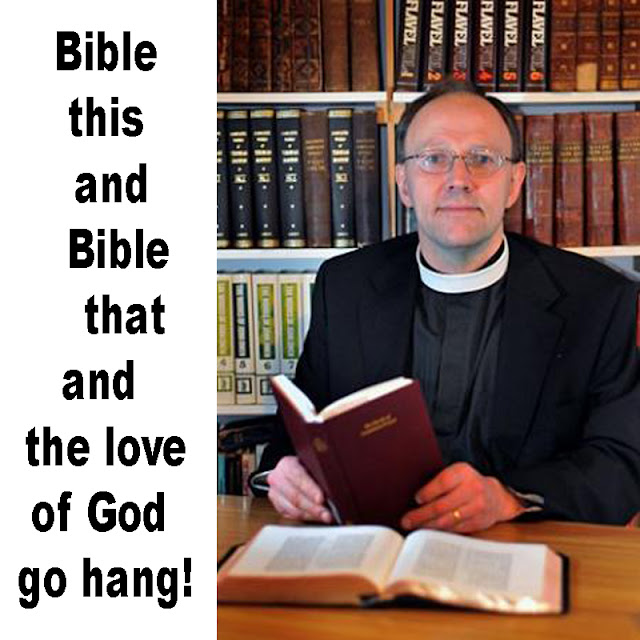