Vandals have cut down ONE of the Glastonbury thorn bushes. The one on the hill marking the spot where Joseph of Arimathea planted his staff on one of his trips to England. Of course, this is sacrilege of the highest order but it is not the end of the world. There are plenty of other thorn bushes descended from the first.

Once there was only one bush but the Puritans cut it down. Fortunately a group of true Christians took some cuttings before the bush died and these were propagated in secret and replanted when the true king of England was restored to his throne. From what I remember there are, at least, three growing in the Abbey grounds and, no doubt, quite a few in nurseries somewhere, ready for such an occasion as this. The vandalised thorn bush will, I'm sure, be replanted.

The grounds in which the tree stood are owned by Edward James, CEO of a now bankrupt currency exchange firm, who was arrested last week. Speculation that the destruction of the tree was a revenge attack is rife in the town. Other likely suspects would be fundamentalist, neo-puritans, militant atheists or Rowan Williams, of course. 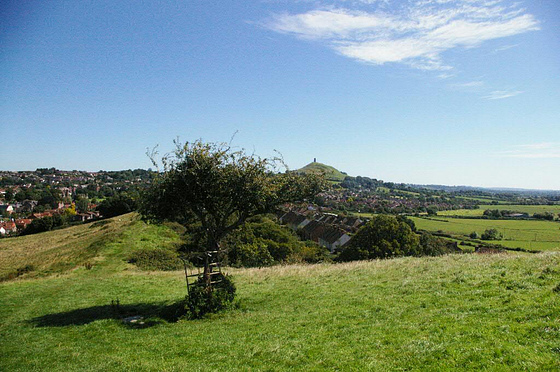