From THE BRISBANE TIMES:

About 50 animal rights activists, representing the number of animals that it takes to make a fur coat and covered in red paint, have staged a naked protest at a square in Barcelona to denounce the torture and slaying of animals to make fur coats.

"People who are sensible to animal suffering see garments made from fur as acts of cruelty and pain, not as luxury items. Animals need their fur, we don't," said Leticia Olivares, a spokeswoman for international animal rights group AnimaNaturalis, which staged the demonstration.

Millions of foxes, minks, otters, beavers, lynxes and other species are raised in captivity in small cages or captured and then killed in brutal ways such as drowning or electrocution to make fur coats, the group said. 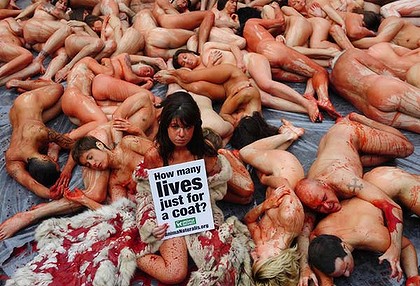 A single shot fired by a Swedish hunter, first hit an elk and then continued to travel, hitting a 71-year-old skier and killing him on Saturday.

Police in Kronoberg county remained extremely reticent about details involving the hunting accident on the grounds of the continuing investigation, but also for the sake of the hunter and her hunting companion, who were shaken up after the incident.

Henrik Barnekow, a hunting consultant at the Swedish Hunters Association said that it is the hunter's responsibility to ensure that there is a so-called safety area behind the target: a hill or firm ground behind the animal where the bullet can land safely if the shot misses. "Forests do not count as safety areas," he noted.

He added that it is not uncommon for a shot to pass through an elk or any other game. However, he has never heard of a bullet continuing on to kill someone.

"However, there have been incidents of a bullet ricocheting out of the game, continuing and killing the hunter's dog situated near the prey," he pointed out.

COMMENT: Ha! No doubt the hunter and his companion were upset because they might end up in court. I very much doubt that anybody who shoots at large, slow moving animals just for the fun of it would be upset about the loss of a life, even the life of a human being. 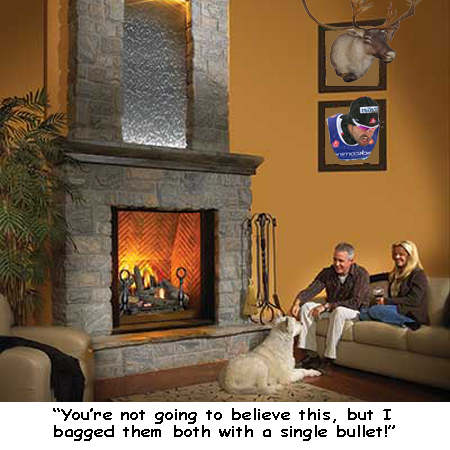 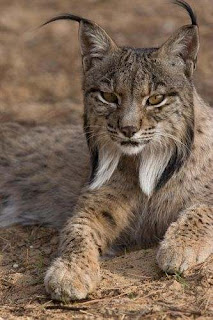 Two Iberian Lynx have been released into the wild in the Sierra Morena in Jaén. They were the first animals to be released as part of the program started in 2005 in what is described as a ‘soft’ release into an initially closed four hectare area close to the Guarrizas river.

The two females, ‘Granadilla’ and ‘Grazalema’ were born this year in the La Olivilla centre, and appeared to be nervous on the release, possibly because there were dozens of people present.
The area is also inhabited by the male lynx ‘Granizo’ and it is hoped that he will help them to adapt to the area and the capture of rabbits.

The release meets a 2010 target date to let Iberian Lynx back into the wild as part of the protection program for the planets most endangered feline.