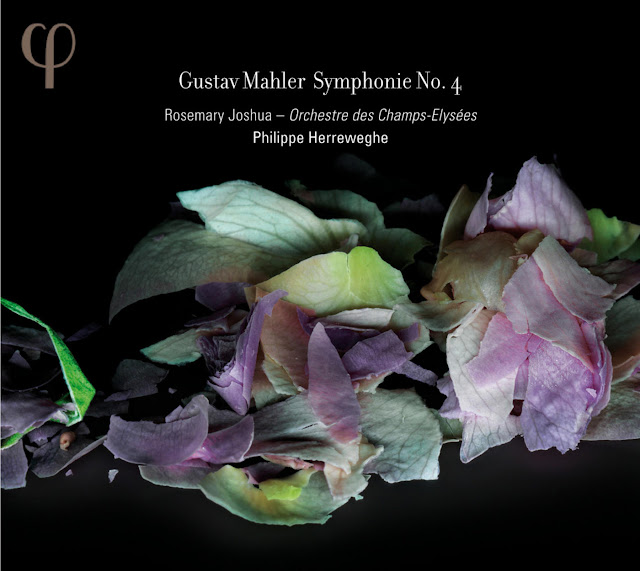 Composers have written individual symphonies as good as any of Beethoven's symphonies but, in my opinion, the only person to have got anywhere near to his consistent excellence is Gustav Mahler. I have enjoyed his music for almost as long as I have enjoyed the music of Beethoven and when I am in the mood for something symphonic and complex (with a bit more to get my teeth into) I will put a Mahler CD in preference to a Beethoven one. My favourite Mahler symphony is number four but I had never come across a recording of it with which I have been satisfied with the playing, and production of, all four movements until I bought this new version last week.

The sound is completely sumptuous and really emphasises this symphony's claim to being one of the great romantic works of all time. Furthermore, Rosemary Joshua's performance in the fourth movement is exactly how I want the singy bit to be sung. I just cannot praise Herreweghe's interpretation highly enough and I bet he's well chuffed with himself, as well, as he has achieved exactly what he set out to achieve.

FROM THE BLURB: After a 30 year-long partnership with harmonia mundi, Philippe Herreweghe has founded his own label, PHI, coproduced with Outhere. For his first CD, he presents Mahler s Fourth Symphony. Under the leadership of Philippe Herreweghe, l Orchestre des Champs-Élysées has been striving, for almost twenty years, to attain an idiomatic style and forgotten colours. This Fourth Symphony by Mahler, interpreted on period instruments, champions resolutely modern aesthetics, far from standard interpretations. Beyond the sumptuous colours of l Orchestre des Champs-Élysées, beyond the meticulous work on the musical score, this recording confirms Herreweghe's intimacy with the world of the Viennese composers of the turn of the century.

Here are the first and fourth movements. Those of you who are into this sort of thing are going to really enjoy this. At least, I'm pretty confident you will. 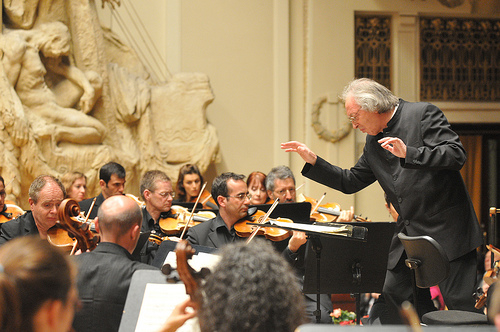