I just wanted to highlight for you the news from Cote d'Ivoire.

There was a presidential election last Sunday, and the opposition candidate was declared the winner. But the president, who lost re-election, closed the borders to the country and barred foreign media on Thursday which, as one reporter wrote, is "a dangerous development that barely falls short of a military coup. But not the traditional type of coup against a sitting president, it's rather a coup on the future one."

And now, what do you know? The sitting president has been declared the winner of the election.

Not a pretty picture. One you might want to keep your eye on and add to your prayers.

UPDATE: Today, the sitting president, Laurent Gbagbo, took the oath of office to serve another term. And shortly thereafter, the challenger, Alassane Ouattara, who was originally declared the winner of the election, also was sworn in as president. Soooo...this isn't going to be a smooth transition, then.

I may be out of commission for a while. I broke a bottom molar and have an upper molar with a fractured filling, both on the right side of my mouth. So I thought that I was going to have a filling repaired and a root canal to begin preparing for a crown this afternoon.

But at the same time, I have thought for some weeks that I had a chronic deep sinus infection. But this morning the dentista said she wanted an x-ray of each tooth to make sure that they (her family are all dentists practicing together, each with their own speciality) were on the right track. Later she said that these two little x-rays did not really show enough damage to account for the amount of pain that I have been having for the last three days.

So she sent me down the street to a radiographology lab to have a full panoramic dental x-ray. I have a deeply impacted wisdom molar that is riding piggyback on the molar with the fractured filling and it has an abscess around it that has broken through to my sinus. So I am in for a rather large amount of surgery soon, before the infection reaches my brain, but perhaps not until early next week. Meanwhile, I am on heavy pain meds, without resorting to the opiate pharmacology as yet and also strong oral antibiotics.

I may be lurking, and not saying much for a week or two.

Please pray for me. And the entire Allen Gonzalez/ Secor de la Rosa clan, as they dote way too much on me and are always overly worried if I am ill.

I would like to thank everyone for their prayers the other day when I was on the list for worrying about lay offs. Well today came and I found out that I out of three people in my department, I was the only one who will not be laid off at this time. I feel bad for the guys who did get let go, I just hope that it truly is a temporary lay off. But the workload for three will still be there so I won't have a problem keeping busy.

Posted by The Postulant at EMBER DAYS:

I have apparently killed philosophy of religion at my university. And yesterday I received an e-mail from the Philosophy Department office manager, asking (demanding, actually, now that I think about it) that I make up a flier to advertise next semester's class in the hope of generating interest because the course is under-enrolled.

This is very depressing to me. I'm still as a good a teacher as I ever was. My extra-curricular teaching -- you know, the stuff I'm not paid for, like adult formation at church or that talk on immortality and resurrection I did on Wednesday for a life-long learners group in a neighboring city -- is very well-received. I feel good about that stuff. But it's hard not take it personally when there is less and less demand for the teaching that is actually part of my job.

I did something screwy to my knee in the fall. I babied it (RICE), it got better. Then I went on a REALLY ambitious run, and it made a very bad pain. I babied it (more RICE), it started to get better. I had a party to go to, decided to wear high-heeled boots with my skirt. We're back to babying again.

Since I've been in this cycle since late Sept./early Oct., I'm going to head to the doctor's on Monday, just to make sure there's not anything really wrong.

I haven't gotten much of anything done today because I didn't sleep much at all last night. I did manage to go to sleep pretty quickly and fairly early...for me, anyway. But I woke up after Tom got home with pain from my fibromyalgia and had to wait out the pain pill. It never really alleviated it so I took another one a couple of hours later. I finally dozed off only to wake up with pain again. I was having a hard time figuring out why I wasn't able to get ahead of the pain when I remembered...

I slid down the basement stairs yesterday while doing laundry. My right foot stayed on the third step from the bottom while my left foot hit the basement floor. A woman my age and weight just can't do the splits like that.

I know that everyone is praying so incredibly hard for Aileen, I just ask one more time that everyone PLEASE PLEASE pray harder Aileen has taken a turn for the worse and is now battling an infection in her body as well and all of her responses to people and stimulus had stopped she is no longer responding to us. Please just another big round of prayers. (Mike)

Aileen seems to have stabilized a bit today, she's not better but atleast she not getting any worse, need to find out what this infection is from so they can zero in on it with antibiotics instead of taking the shotgun effect and hoping they hit something. (Mike) 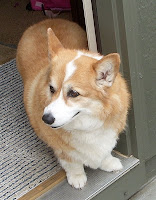 AND ALSO: Zoe was euthanized today at 4:30. She had gone down considerably in the last 24-48 hours. Will miss here sorely. (Frank)

Posted by Tracie at ON HOLLADAY - FLORIDA STYLE:

Don't know what the flock I've got, but it's not strep throat.

Doctor gave me a prescription for an antibiotic but he recommended I not fill it just yet. He said to give it a few days, and whatever I've got might clear up on it's own.

I kinda doubt that. My ears are in serious pain and are really plugged up. I think I'm also starting to blow yellow crap out of my nose now too. Well, I might have to get that antibiotic anyway.

It fucking well figures that as soon as I'm on vacation for an entire month, I'd come down sick. I'm sure Joe's illness is no help; he got sick first and brought it home to me. And here's the problem with him - he refuses to see a doctor, even though both my own doctor and one of the nurses at his office recommend that he see a doctor lest his illness get WORSE. Joe has an upper respiratory infection (he thinks it's a common cold) and it's getting into his lungs. That could get VERY BAD.

And Joe won't even take anything to ease his symptoms. No cough syrup, so he coughs thunderously all night. No decongestants, so he can breathe a little easier. I managed to get him to swallow some Thera-Flu, which seemed to help him a bit, but that was earlier this week and he hasn't touched it since.

Dammit. WHY would I have to get sick on my damn vacation?!

For David who just died at 45 years of age in Oregon, his mother Hildred, a member of Susan S's choir and her dear friend, and his "good brother" Carl.

For Tim, husband of Vicar Rhonda, who had a double knee replacement on Tuesday and now struggles through pain management and physical therapy so he can heal and begin enjoying new knees.

For Doug's mother.
Some days, she seems to be aware of her surroundings and to know who people are. Other days, she seems not to recognize anyone or anything. We don't know yet if this is temporary or permanent.

For the repose of the soul of Jack McGregor Lynn, my father-in-law. For my in-laws as they work through their grief. 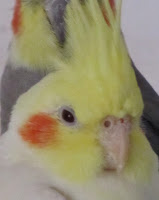 Is it possible for you to add to the prayer list that one of my two birdies, the girl, Birdbrain, seemed to have some kind of fit or seizure this morning? I think she is all right now but am not sure as I had to leave to go to work. She fell onto the floor of the cage and seemed to have no balance, or strength in her feet, and she seemed dazed. I picked her up and she sat on my hand for about five minutes without really moving, which is quite unlike her. I put them into their small cage so she couldn't fall again while I was out. She seemed better after that.

Stroke stories - Moving Forward
This will probably be the last story in this series. I'm about 90-95% back to normal. I've started back at the gym, the headaches have faded to tiny little things that come and go. Honestly I go hours without any trace of them. 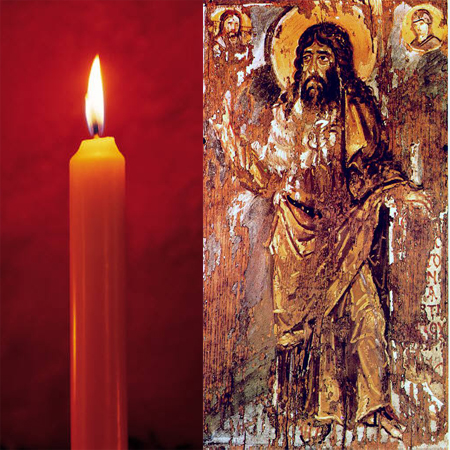