Posted by Fr. David at THE VERNACULAR CURATE:

Today (December 3rd) is the International Day of Persons with Disabilities. Like so many such days, it is quite likely to miss the radar of many, so I thought I would do my little bit for the cause!

. . . Churches are rather lovely for the reasonably able-bodied; tickety-boo if you can see, hear and walk. Often, our old and most beautiful temples are the culprit - but that doesn't make it alright. Christians will fight tooth and nail to ensure that a Patagonian yak farmer gets a fair price for his yak-juice, but seem to miss the point when, for example, my mate Rob, a deaf man, finds it impossible to worship his God with others in the county where he lives. Perhaps a designated day that could in fact apply to every one of us could encourage us to look with honesty and candour at the 'service' our churches offer.

...then do something about it, perhaps? 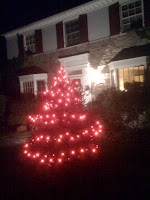 This picture was taken last year, in front of the rectory in Chatham. I had it planted there, in the place of an unsightly hole in the front yard of the rectory, and called it "The Jaime Tree" in honor of our eldest daughter who died December 2, 2004. Today is the sixth anniversary of her death. Her name comes from the French J'aime: "I love".

So, you'll excuse me if I take my leave today. I'm going into Rehoboth Beach to walk the Boardwalk and listen to the ocean. Watch the seagulls cry out as the waves crash on the shore. Lose myself in the cold, steel-gray-blue sky. Feel fleeting moments of the warmth of the sun as the cold ocean breeze slaps itself against my face. My hands. My body. My tears. Remind myself about the small mercies and great mystery of being fully alive. Look into some of the beautiful ocean side homes and see if I can catch a glimpse of a Christmas tree, by the window, dressed in lights and tinsel and ornaments. And, pick over the broken, torn pieces in my heart, untangling the web of grief, searching for small slivers of gratitude. And, hope. And, comfort. And, joy.

The following men were murdered this week in the New Orleans metro area:

There is at least one other shooting victim in critical condition who remains unnamed in the news. Please pray for the victims, their families, and their murderers.

This one is about a young man just a few short months younger than Zach. Just 21 years old who will never get any older. Jon was in Zach's youth group at the old fundie church we used to be members of. There was a hint of things troubling him back in high school and the solutions were prayer and laying hands on him. And setting impossible standards to live by.

I don't know what Jon's problems were at this age because we lost touch when we left that church. But Tuesday night he attempted suicide and yesterday at 2:30 p.m. his attempt was successful. On his memorial page everyone talks about how fun he was and how he always was joking and made them laugh. And he was that. He was a clown and very likable. I don't know of anyone who didn't love Jon.

From Ann (posted at WOUNDED BIRD):

Prayers are needed for a young mother (37), named Aileen, who was in my sixth grade class many years ago. She is in ICU in Rapid and has been in a coma for several days. She has two little boys. 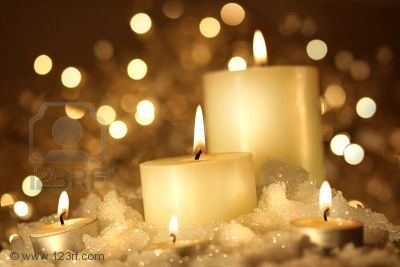