From THE VANCOUVER SUN:

A Calgary Anglican parish is the first in Canada to take up an invitation made by Pope Benedict XVI last year to return to the Roman Catholic fold. 90 per cent of the 70-member congregation at St. John the Evangelist in southeast Calgary have voted in favour of the shift. 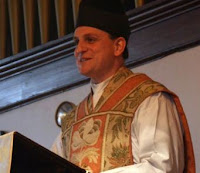 “This isn’t the Pope . . . poaching Anglicans. It’s the Pope actually responding to persistent requests from Anglicans for many, many years for full communion. But a communion which is united but not absorbed,” parish priest, Father Lee Kenyon (pictured), said Tuesday.

One of the first issues that will have to be settled is the ownership of the church in Calgary’s Inglewood neighbourhood, just east of downtown. The church itself was erected in 1911.

Richard Harding, the rector’s warden at St. John, said, “The title was placed in the name of the elected lay wardens of the parish. It is parish property. The diocese may not be aware of that.”

He said the membership at St. John definitely wants to hold on to the building. “We have parishioners who’ve been in that church for 60 years. They certainly want to stay there.” 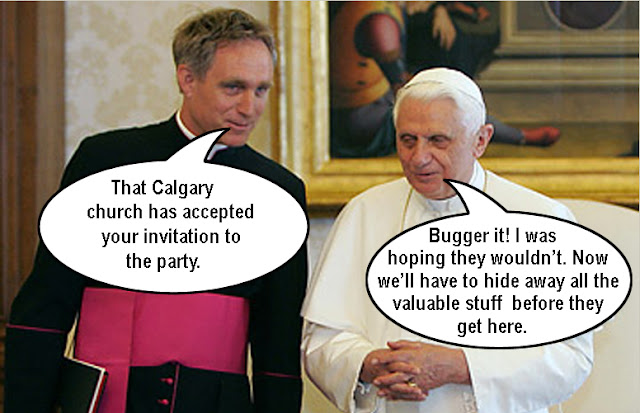