What an end to a week! Friday evening I fainted and ended up at St. Luke's Hospital for about 18 hours.

Friday evening we provided a sort of second Thanksgiving dinner . . . As usual, I was the primary cook. I went into the day quite tired, and indeed I wondered early on how I would be able to hold up. In retrospect, I realize that I also didn't dirnk enough liquids all day and so in addition to being tired I got dehydrated. Finally, just as I was putting the finishing touches on dinner, I had to go lie down -- and I dozed for about three hours. Then I got up for a whie, ate a little bit of the dinner, and enjoyed the company of our grandchildren, Jay, and Jane while Scott took Caroline home. At the end of that, what I wanted most was to soak in a hot bath -- something I rarely do, but my legs were very tired. I luxuriated in the very hot water. However, when I stood up, I felt light headed. I should have sat down immediately, but all I could think of was drying off and getting to the bed. The next thing I knew, I was on the floor, feeling sick. In fact, I had fainted and thrown up all over myself and the floor. I had also bumped my head on a edge of a shelf of a bookcase, and there was an amazing amount of blood from was in fact was a minor scrape.

Allen ended up in hospital and underwent all sorts of tests and stuff. He was allowed to go home the following morning and he has been assured that nothing physical is wrong. But he has obviously been overdoing things so we pray that he is given the time and opportunity for rest and recuperation.

Posted by rmj at ADVENTUS:

I learned an object lesson . . . just before Advent started. A lesson in giving and not giving and especially in not receiving. A friend of mine died. An old friend, so his death was not entirely unexpected. In fact, it wasn't unexpected at all. His son, one of my oldest and dearest friends, was with him. He knew what was coming. I didn't, but that's of no matter, except to me. It caught me by surprise. I hadn't kept up. I didn't know what my friend's father's condition was. I didn't ask, so no one told me. Why should they?

And now it is too late, and we cannot start again. He gave me much over the years, the decades that I knew him. I told my friend that his father had shown me how much bigger the world was than what could be seen from the perch of my hometown, the place he'd come to live in prosper, as my father had done. But my friend's father did that without demeaning where he was, or making me feel he’d come down in the world to be there, or to be with me. It was quite a lesson for a callow and thoughtless youth sure he knew all he needed to know about the world, and his place in it. My friend showed me a world in love and wonder, even as he saw it as it is. It was quite a profound lesson, one I was decades deciphering and discerning.

And now he's gone, and I cannot repay him.

Posted by The Cajun at TRANSMIGRATION:

By yesterday afternoon the pain in the left side of the jaw was intense, the swelling was distorting my face, so Sasha relieved me a half hour early so I could get to the walk-in medical clinic nearby.

I was given a prescription for an antibiotic so strong it could potentially kill every living thing in my body.

There is minor, though detectable relief so far. One more pill and I can get into bed and sleep a few hours. And so it goes. 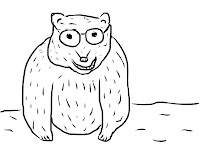 That big lovable bear, Paul the BB, has a swollen jaw and a toothache now. Paul says he looks like a gopher, but we all know him as the Big Bear. What could I do but make another cartoon and ask for prayers? Poor baby is moaning over at Facebook.

Seriously, please pray for Paul to be relieved of his pain. You know a toothache is no fun.

Happy Birthday to OUR TRACE.
Forty one years old yesterday. 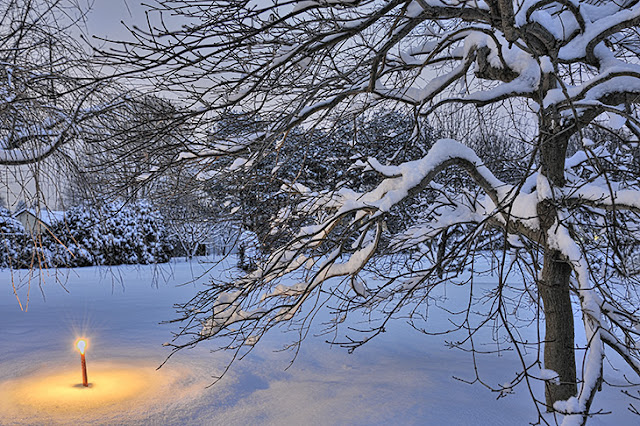