The Primate of the Anglican Communion, Most Rev. Nicholas Okoh has condemned the western theory on same sex marriage and homosexuality, describing it as dirty and inhuman; saying it should be discarded.

The Primate declared the stand of the Church on the issue yesterday, when he played host to members of the Board Of Trustees (BOT) of Ajayi Crowther University in Oyo, who paid him a courtesy visit in Abuja. He pointed out that the university should take a definite stand on developing the integrity of students so that they could be properly armed against such ill imported western culture.

Okoh told the eight members of the (BOT), led by its chairman, Professor Oladipo Akinkugbe, that "the church is committed to education because it is the best thing to do and again, the Anglican Communion is a church that provides for her children, imputing strong Godly and moral values that will develop their character into worthy ambassadors. 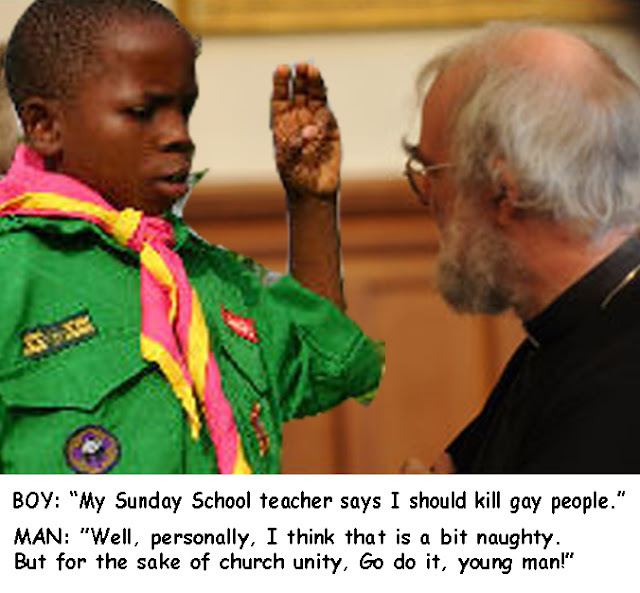