Our occasional feature dedicated to the discovery of potential babelicious bishops began shortly after the launching of OCICBW... at the time when the campaign for women bishops in the Church of England first reached General Synod. It was our contention that the reactionary, old, heterosexual, male farts in the English church, previously insistent on women having no higher authority in the church than choosing the flowers for the sanctuary and the brand of coffee for the parish breakfast, would be persuaded from their misogynistic views if the first batch of female bishops were to be chosen for their drop dead gorgeous looks rather than any skill based attributes they might possess.

We had some cracking entries. Many of the young, female priests we featured have gone on to do very well on X-Factor and appear regularly in "Hello Magazine." However, none as yet have become bishops. So, it is time to up the ante and I believe I have discovered the New Face Of Babelicious Bishopness.

The following photographs were posted
by Geoff at THE ROSE MANIPLE: 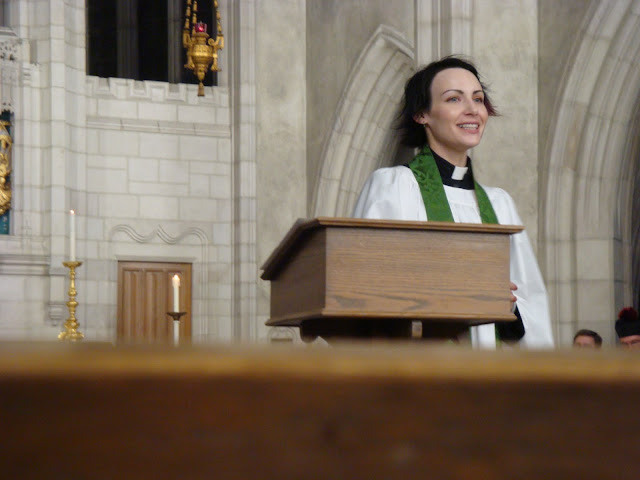 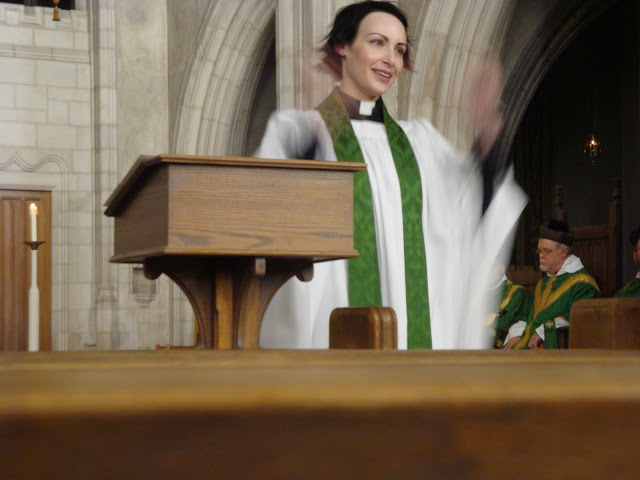 I have no idea who this young priest is but, my goodness, she scrubs up nicely. In fact, she reminds me of a (much) younger Elizabeth Kaeton (and I mean that as a compliment). If this is the future of the feminisation of the Anglican Communion, Mad Priest says BRING IT ON!!!

If it is possible please would the Canadians send the lady concerned, DHL courier service, to England straight away so that I can parade her before General Synod this week. If she could have her "What I will do if I win this competition" speech ready, already, that would be a big help.