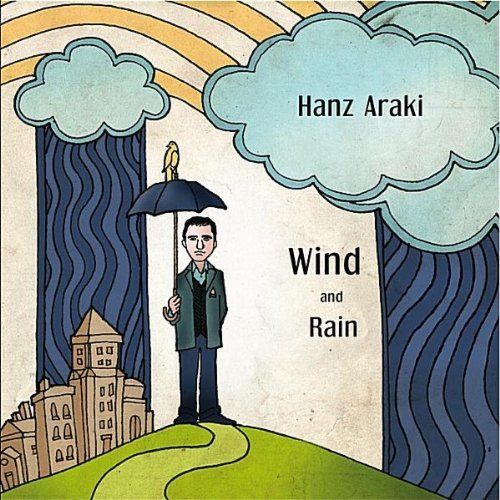 For some reason I can only guess at, one of the things that is big in Japan at the moment is Irish, traditional, folk music. There are record labels and festivals and the standard of the musicians is actually much higher than most of the up and coming performers who were born in Ireland.

The success of this slightly incongruous music scene is probably, in a large part, down to the  Japanese American, Hanz Araki, who hails from Seattle, but who has taught in Japan. An accomplished performer on the Irish flute and singer, he is also the world’s only sixth generation shakuhachi (the traditional bamboo "Zen flute" of Japan) player, following in the footsteps of his father, Kinko Ryu Grand Master Kodo Araki V.

The songs I am playing today are off the second volume of a double album entitled "Wind and Rain." The first volume is all instrumental tracks and the two parts can be purchased separately. They are three well known songs from the tradition but Hanz interprets them so well and has such a gorgeous delivery that this album is certainly going to be on top of my "play often" pile for quite a while to come.

Check out the short video documentary
about Hanz at ART BEAT OREGON.