BP asked me to send her close friend Margaret's name to the prayer list. M. is in her late 60s and was recently diagnosed (as in about 3 weeks ago) with metastatic cancer. BP talked to M yesterday and she was upbeat and positive. Today we went to the hospital to visit her, and could not see her--her daughter said that M's liver had shut down and it's a matter of days if not hours. BP asked me to ask the OCICBW crowd to keep M and her family in their prayers. There's a lot of history here that makes this particularly tragic and premature. 🙁

Please remember my mother in your thoughts and prayers. She fell yesterday and injured herself fairly badly. She is now in the hospital under observation.

It turns out that my mother had a small stroke. The doctor says that she probably had it a few days before she fell, and didn't realize it. She's suffering some memory loss, but the doctor says that's probably temporary. They are keeping her in the ICU for a few more days, and will give her an MRI. She will need physical therapy and occupational therapy during her recovery. 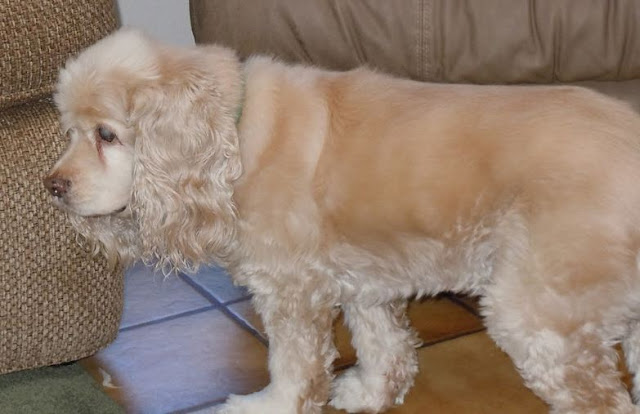 Baillie is 14+ years old. She is blind and deaf and gets confused at times. In the past few days she has gotten lost in our backyard. One day she was wandering around in a corner, bumping into a tree stump. I finally had to pull her back to the deck, where she realized her location and could navigate herself to the backdoor. However, today she went in the wrong direction from the backdoor and fell off the (low) deck. I had to guide her back.

Usually Baillie walks tentatively and slowly around. She also sleeps a great deal of each day. She still seems happy, unlike our last cocker spaniel Bagel who whimpered in one place all day in the kitchen, because she could not see or hear. Bagel was put to sleep as she could not cope with her blindness and deafness. I am glad that Baillie is more cheerful.

My concerns are for:

Liz, a young mother of three, and wife of Matt. She has particularly nasty cancer. Liz is the daughter in law of my good friends Ron and Charlotte.

Brenda, also a mother with cancer. Her husband is Dudley. He is my brother Martyn’s long time work colleague. I had a nice visit with Dudley and Brenda last year when I was in England.

Sgt. Michael Cachat, U.S. Army National Guard. Michael is serving in Afghanistan. He was one of the young people who attended St. Stephen’s, Pittsfield when I was the Rector.

My brother Martyn, who will have an angiogram, then possibly angioplasty in the near future.

My twin Elizabeth, who has been diagnosed with M.S.

Pam, a parishioner from Chicopee days. She is “down” with shingles.

“G.D.” a cheerful man who used to sit in the pew on front of me at St. Boniface Church, Siesta Key, FL, who is in prison for 60 months for the crime of securities fraud.

There is still no knowledge of, information about, the 29 miners at Pike River mine after the explosion two days ago. Drilling a shaft has begun. It is still not safe to send in rescuers.

This morning at our service, we prayed for the miners, families, friends, authorities, rescuers, all involved, just as people were doing all around New Zealand, and I know, people have informed me, they have been doing all over the world, individually and together.
This is a facebook page has been set up to express support. 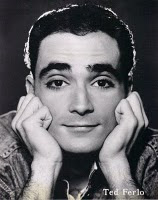 Ted was one of the people I started to hang out with a bit the summer before tenth grade, the start of high school. He was 15 and I was 14. We were in a summer production of Oklahoma, directed by his older brother. He could sing, dance, act, take great photos, and most of all, make people laugh.

After high school, Ted studied theatre and dance at Mountain View College in Dallas, Texas. He was accepted at The American Music And Dramatic Academy, New York City but, ended up, as he says, "running away to clown college" in Texas in 1986. He is the only bonafide clown I have ever known. I used to be pretty scared of clowns, truth be told, but Ted somehow made being a clown uncreepy for me.

He and I had a little correspondence online, the most recent just earlier this past month. I had asked him if he knew any clowns in my geographic area since our campus Relay for Life, which I advise, has a "Circus" theme. I told him that I hoped I wasn't bugging him, and figured people must ask him that all the time. He wrote back with sweetness. He said that of course it wasn't bugging him. "That is what friends do for friends," he said.

Ted, the man of 1,046 friends on Facebook, the guy who gave everything to everyone to make them
happy, died unexpectedly on Thursday after just a few days and a surgeries in the hospital. I heard that it was an aneurysm. He leaves behind a lovely wife, two sons, and a multitude of crying clowns and friends.

Never let me become so indifferent,
that I will fail to see the wonders in the eyes of a child,
or the twinkle in the eyes of the aged.
Never let me forget that my total effort is to cheer people,
make them happy, and forget momentarily,
all the unpleasantness in their lives.

And in my final moment,
may I hear You whisper:
“When you made My people smile,
you made Me smile.” 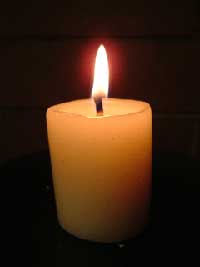