From THE CATHOLIC WEEKLY:

Allowing two men or two women to ‘marry’ would involve a fundamental change in our understanding of marriage, from a life-giving and sexually complementary union to a personal, romantic relationship with no true communion or connection to procreation, says Bishop Julian Porteous, auxiliary Bishop of Sydney.

“It will entrench, in a public way, the separation of sexuality from its life-giving aspect and separate the notion of marriage from including the generation of children,” he said.

“It will move marriage from a children-centred institution to an adult-centred one. It will weaken the meaning and dignity of motherhood and fatherhood and declare that having both a father and a mother is unnecessary for the raising of children. This will deeply affect children and young people’s aspirations for their own marriage.

“Their understanding of marriage would also shift to being about one’s self-fulfilment, rather than about self-giving.”

Marriage has always been about two post-pubescents, who, hopefully, really fancy each other, shagging. Everything else is accidental.

What's more, when it isn't about this, then things can get really immoral. You only have to look at the English aristocracy (right up to and including England's very own Prince Charles) to realise that arranged and forced marriages, where the mutual, sexual attraction is not present, leads very easily to infidelity and promiscuity. But it would seem that the Roman Catholic hierarchy prefers immorality behind closed doors to open, loving, faithful, gay relationships.

If people got married primarily to have children then, in today's society, there would be even more divorces than there are already. If anything, children push married couples apart - probably because the parents don't get to have sex as much as they should. The reason why sex is such a sticky business is so that those involved in it get stuck together. 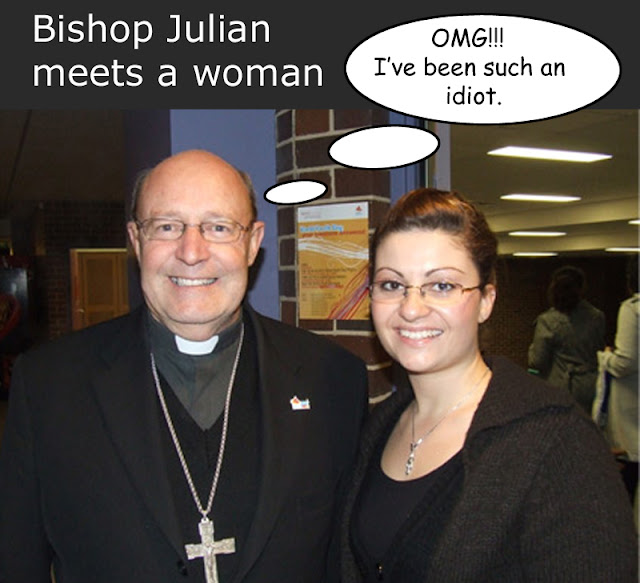