Hostile supporters of a dissident church leader who is close to President Robert Mugabe have tried to take over a Harare seminary, police and authorities at the school said Thursday. Bishop Paul Gwese, a leader at Bishop Gaul College in Harare, said police were called in to eject the supporters of Bishop Nolbert Kunonga this week.

"Twenty armed youths came to our college on Tuesday with some dubious documents claiming that they were taking over the college and were threatening our students who are studying," Gwese said. "Police managed to stop them, but we don't know whether this is the end of the matter."

The Anglican Church in Zimbabwe has been divided since Kunonga, accused of supporting political violence in the country, lost a bid for re-election as Harare bishop in 2007. After the election, he refused to hand over the cathedral and its administrative offices, bank accounts and vehicles. Then he said he was breaking away from the Church of the Province of Central Africa, the regional Anglican governing body, and declared the formation of an independent Anglican Harare diocese. 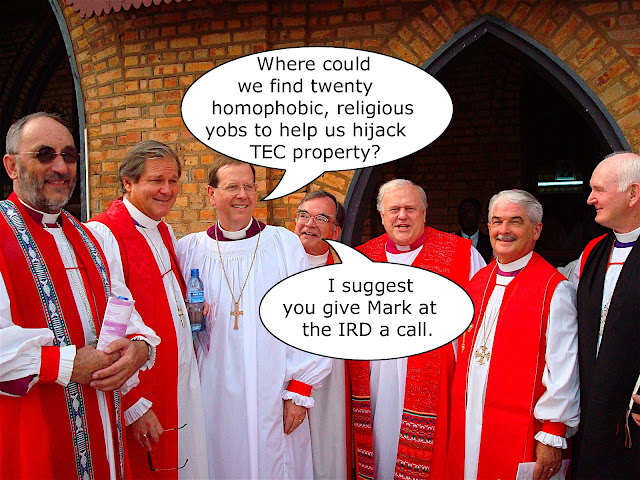