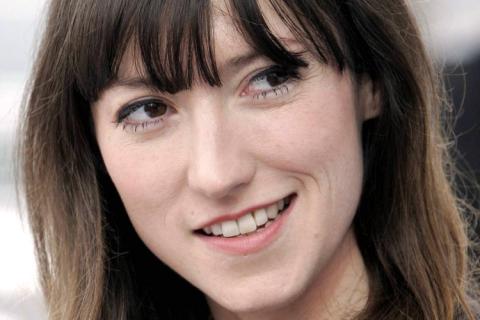 German writer Charlotte Roche offered in an interview Sunday to spend the night with President Christian Wulff if he votes against government plans to extend the lifetime of Germany's nuclear reactors.

"I am offering to sleep with him if he does not sign," the 32-year-old anti-nuclear activist told the weekly Der Spiegel. "My husband agrees. Now it is up to the First Lady to give her consent. I am also tattooed," she said, referring to Bettina Wulff's much-talked about body adornment.

Roche, British-born author of the sexually explicit 2008 bestseller “Wetlands,” took part in major demonstrations last week against the transport of radioactive waste that underlined unease in Germany over nuclear power.

Wulff has to decide this year if a law prolonging the lifetime of the country's 17 nuclear reactors by up to 14 years should be enacted without the consent of the Bundesrat, the upper chamber of parliament that represents the regions.

COMMENT: Come on, ladies, it's for a good cause. If it's the only way to get the Grand Tufti to vote against the Anglican Covenant, surely it's worth a little sacrifice on your part. I mean, it's only for one night.