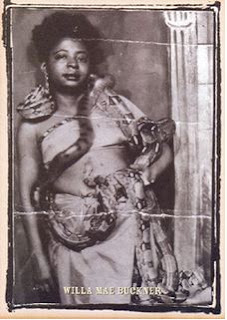 Willa Mae Buckner was born on June 15th, 1922 in Augusta, Georgia. In her days as a touring performer, Buckner was known as “The Wild Enchantress,” “Princess Ejo,” “The Snake Lady,” and “The World’s Only Black Gypsy.” Her tent show performances could enthrall any crowd.

She was a true performer, showcasing herself as a blues singer, burlesque stripper, contortionist and fire swallower. More than anything, she was an articulate, self-educated and fiercely independent woman who blazed her own trail from the day she ran away from home and joined an all-black tent show at the age of 13. Her frank wit and exotic past set the tone when she sings her risque songs.
(MUSIC MAKER RELIEF FOUNDATION) 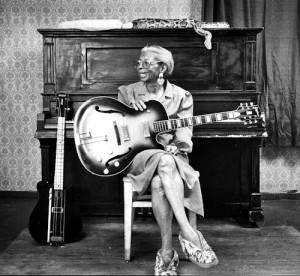