Paul II, octopus successor to the tentacle tipster that wowed the world with his uncanny knack of correctly predicting World Cup football games, was unveiled amid great fanfare at an Oberhausen aquarium on Wednesday.

The new cephalopod, also named Paul in honour of his world-famous predecessor who passed away last week, was lowered gently into his tank in a ceremony carried live on national television. He initially appeared more publicity-shy than his media-hungry forerunner, sticking closely to the side walls of the tank as the TV cameras rolled.

"We got him from near Montpellier" in southern France, an aquarium employee told news agency AFP.

However, the German aquarium was keen to downplay the possibility that Paul II will inflict the same pain to bookmakers as Paul I did, to the joy of punters around the world.

"No one yet knows whether Paul will be able to follow in his footsteps, or rather, his tentacle steps," aquarium spokeswoman Tanja Munzig said in a statement.

And now, a WHERE DOES HE FIND THEM? special: 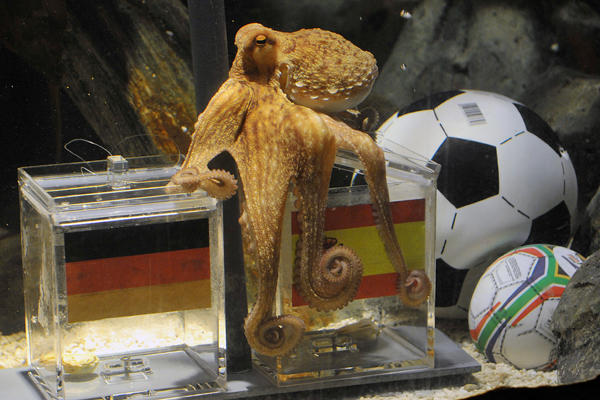