Roman Catholic parishes in the central Swiss city of Lucerne have caused an uproar with an AIDS awareness campaign that involves giving teenagers condoms bearing the slogan "protect thy neighbor as thyself." The parishes started handing out some of the 3,000 condoms Monday as part of an effort to engage young people.

"We needed something to appeal to people who wouldn't dream of talking to the church about that kind of issue," campaign spokesman Florian Flohr said.

Officials at the diocese of Basel, of which Lucerne is a part, didn't respond to requests for comment Monday, but a spokesman in the neighboring diocese of Chur told Swiss television that the condom campaign was "a mistake."

But Flohr said the Lucerne parishes felt the time had come for an open debate in the Catholic Church about condom use. 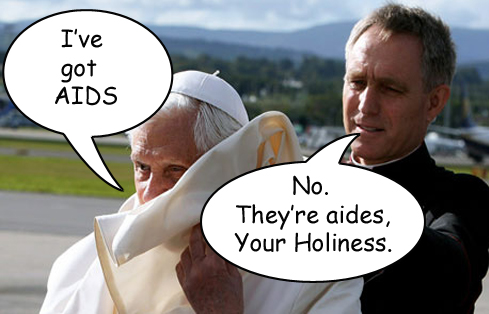