From THE NEW ZEALAND HERALD:

Heads of the Jewish communities in Auckland and Wellington are calling on people to write to Prime Minister John Key and his Agriculture Minister, David Carter, to protest the Government's proposed animal-welfare ban on shechita, the Jewish ritual slaughter of livestock. The lack of locally-killed kosher meat could be the thin end of a wedge in terms of making it difficult for Orthodox Jews to live in this country, the Jewish leaders said.

"We want every household to donate $150," they said in a bid to raise funds for legal action filed against the Government in August.

"New Zealand Jews may soon be the only Jews in the world who can no longer eat chicken. Few Jews will want to migrate here. We will be seen as a country where ... our traditions and beliefs are not respected or valued"." they said.

In June, Carter issued a new welfare code with a requirement that all commercially slaughtered animals first be stunned. The national animal welfare advisory committee said that there was evidence that livestock which simply had their throats cut experienced pain, so animals needed to be stunned at slaughter. 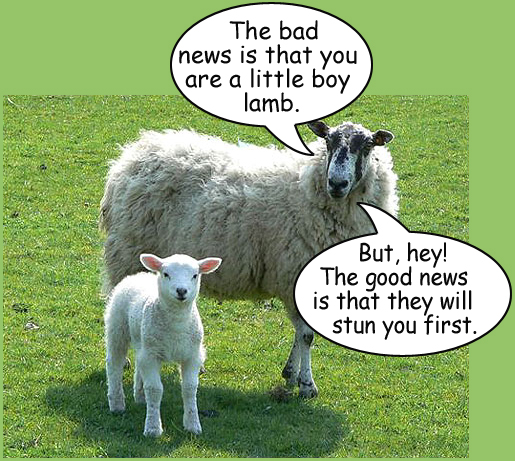