The most disturbing scripture in the Bible revealed! Zombies walked the earth following the crucifixion of Christ! Now the 48 hours following Christ’s Death are revealed!

After the crucifixion, supernatural warfare tore apart the Roman Provinces. Zombie Hordes attacked Jerusalem in search of the corpse of Christ. The Disciples were under siege as the Undead tore apart the countryside and an unlikely hero, LAZARUS THE IMMORTAL emerged to combat the Legion of Dead! 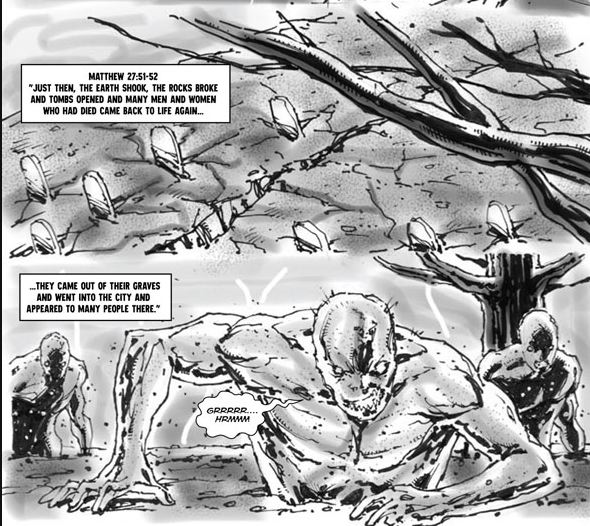