Yes, I know this is a difficult one. I had to have the differences pointed out to me. But, give it your best shot. The first prize* is
a romantic weekend with Helga at either Colditz or The Vatican
(the choice will be up to the winner). 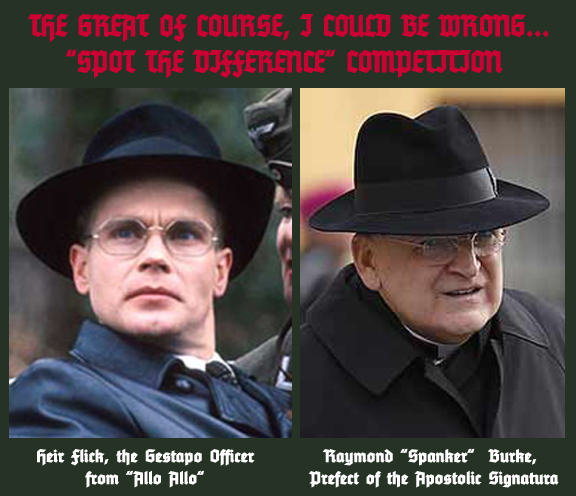 In case you are the one person in the world who doesn't know
yet, Heir Ratzinger has promoted Heir Burke to cardinal.
Altogether now . . . "Ah, Burkey, Burkey, Burkey!"

* What is the first prize of Mad Club?
There are no first prizes in Mad Club.