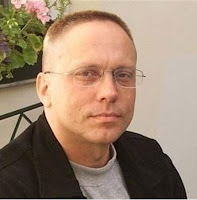 Pastor Heino Nurk (b. 1958) of the Estonian Evangelical Lutheran Church (EELC) was ordained in 1983, while Estonia still was a part of the Soviet Union. At first, he worked in a few parishes in Estonia, but after a few years he specialised in hospital counselling and worked and studied both in Estonia and in the USA. Lately, he has been teaching pastoral care. He is also a founding member of a Christian gay organisation that was started earlier this year.

On October 5, 2010, pastor Nurk was defrocked by the EELC. The reasons given were that he has been found guilty of an indecent act and of teaching heresy. Apparently Nurk himself hasn't been heard during this process, which strikes me as odd.

Please go and read the rest of this article posted by our friend Karl at KARL'S COMMENTS (he has posted this report in English). We can too easily fall into the trap of just concentrate on the persecution that exists in English speaking countries. Bloggers like Karl remind us that homophobia is a pandemic.