A family was horrified when their beloved pet, a cat named “Peter,” returned to his Buena Vista Township home on Thursday with a 6-inch arrow sticking out of his head.

“I was so worried that he would lose his eye and with a hair’s breath, he could have been paralyzed,” said his owner Barbara Ciric.

But a veterinarian carefully removed the arrow and the family hopes the New Jersey State Police will be able to find fingerprints on it.

Peter is not paralyzed and although temporarily blind in the wounded eye, he’s expected to regain his vision within a week.

The cat is a companion to Ciric’s 11-year old son, Scott, who has cerebral palsy. 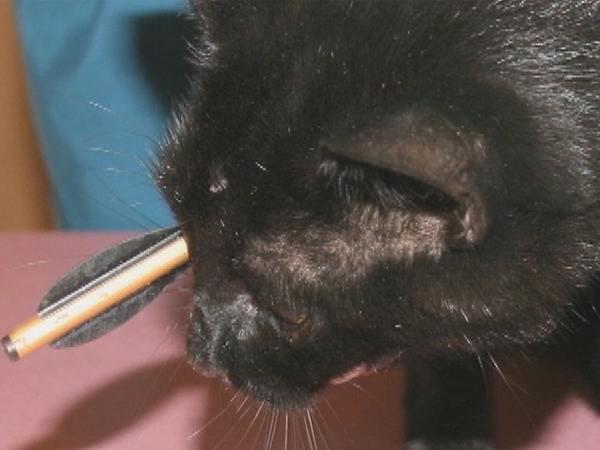 Thanks to Whiteycat for sending
in the link to this story.