Coming so soon after the Ecuadorean fake degree debacle this is very telling. It is funny, of course, but we must not forget that millions are suffering in poverty subject to the constant harassment of out of control, government backed thugs because of the crazed thought processes of Mugabe, one of Africa's most vile megalomaniacs.

From THE DAILY NATION: 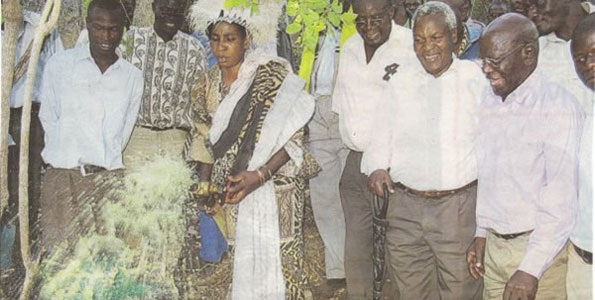 A witchdoctor who misled Zimbabwean President Robert Mugabe's entire Cabinet into believing that petroleum was oozing from a rock has been jailed for 27 months. President Mugabe went to the extent of setting up a Cabinet committee to investigate how the country could benefit from the "discovery" after Rottina Mavhunga claimed to have discovered refined diesel at a mountainous area.

Mavhunga hosted several ministerial delegations at her shrine and was paid thousands of dollars as she sent the government on a wild goose chase. She cleverly exploited a fuel shortage that had gripped Zimbabwe for more than five years.

A magistrate in Chinhoyi, about 100km from Harare, said the witchdoctor deserved a custodial sentence as the government had channelled money to her fake project and which was now lost.

Mavhunga blamed the diesel claim on spirit possession. She said she does not know if the diesel exists.

The government later discovered that Mavhunga and her accomplices were drawing diesel from tanks left by a white commercial farmer who lost his farm during President Mugabe's controversial land reforms.

Mavhunga faces another charge after she allegedly exchanged a stone weighing 18kg, claiming it was gold, for a cow. 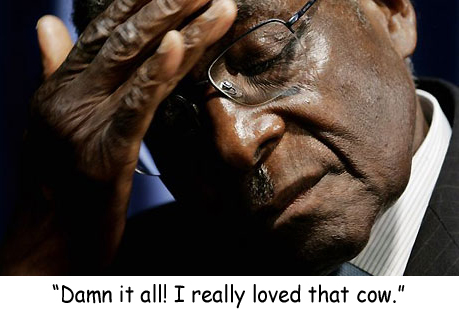 Thanks to Rudo for sending this
story in to MadPriest Towers.