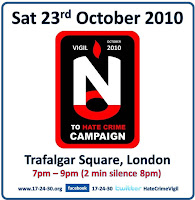 The Second International Day Against Hate Crime will be held in Trafalgar Square on Saturday 23 October 2010, 7pm until 9pm (with a two minute silence for all those affected by hate crime at 8pm).

Last year 10,000 people gathered to remember Ian Baynham who died as a result of a homophobic attack in Trafalgar Square on a busy Friday night. In just two weeks Mark Healey and a dedicated team of people made the Vigil happen and honoured not only Ian’s life but the lives of all who have suffered because of homophobic and other hate crime. Tony Green, one of our media officers did press work for the event last October and though not involved this year is keen to make it as widely known as possible.

Mark Healey says: “This year the theme is uniting our communities against Hate. It’s about two issues: Hope and Remembrance. We are organising this event to remember all those affected by all forms of hate crime, not just those we have lost but all those who have felt the pain of losing someone they love – friends, family and work colleagues. We want to show them our support, that they are not alone. Harvey Milk once said ‘you’ve got to give them hope’ and that is really what this event is about – hope that we can stand and work together to better community relations and reach out to each other in the spirit of peace to make the world a better place for everyone.

“In solidarity we are asking as many people as possible to come wearing purple. We plan to organise a Candle-lit Vigil and encourage everyone around the world to join us in a day of hope and remembrance for all victims of hate crime, and to work together to improve our communities. 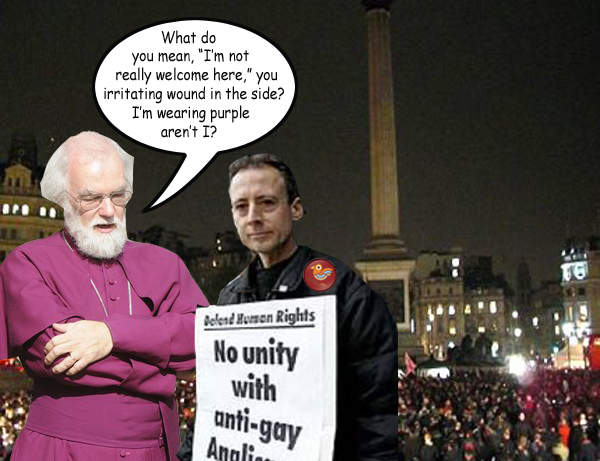