More than 74 churches have petitioned President Kibaki to sack Cabinet minister Esther Murugi over her last week remarks on gay rights in the country. The minister, while speaking last week in Mombasa, asked Kenyans to learn to co-exist with homosexuals and lesbians saying this is 21st century.

The churches, under the aegis of the Federation of Evangelical Indigenous Christian Churches of Kenya (FEICCK) warned of street demonstrations against the Ms Murugi. In a statement, Dr Methu said Ms Murugi discredited her reputation and was unfit to hold public office.

"This should happen in the shortest time possible; failure to which we shall not be left with any other option other than to ask those who care about righteousness and morality to demonstrate against her, "said FEICCK chairman Bishop Dr Joseph.

Dr Methu stressed unless intended to invite God' wrath, Kenyans should not dare to allow homosexuality and lesbianism to thrive in the country.

"God will punish all forms of immorality despite who is promoting it and are at whatever level." 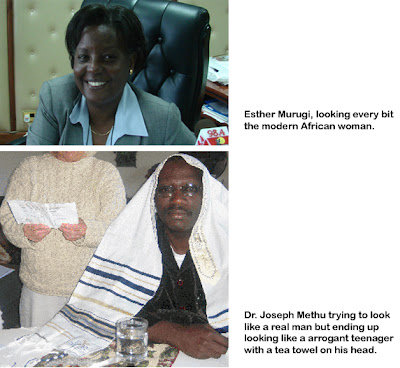